Captain Marvel: How The Trolls Always Win - Until They Don't

As Captain Marvel hits theaters, a group of trolls upset about what they say are the movie's diverse casting have gotten to work 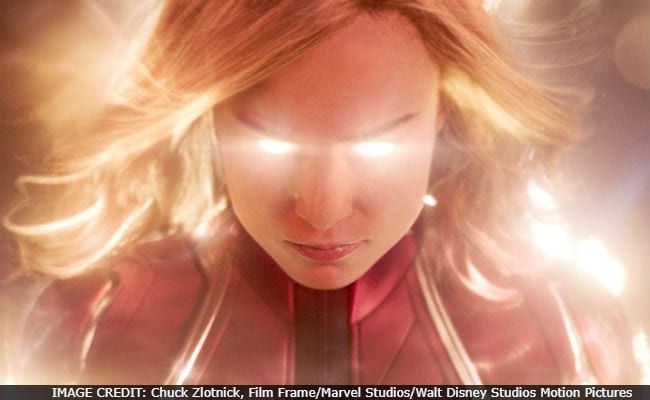 The opening of Captain Marvel this weekend is, on one level, about whether Disney can follow up the massive success of Black Panther and Avengers: Infinity War and set a course for a new class of superheroes, particularly Brie Larson's title character.

Below that level is a much more heated battle.

In case you've been diverted by more urgent news in recent days, as Captain Marvel hits theaters, a group of trolls upset about what they say are the movie's liberal politics and diverse casting - and angry about Larson's call for more women and people of color in film - have gotten to work.

Shortly after Rotten Tomatoes last month made rule changes that prevented users from leaving review comments until after a film's release, partly blocking anti-Captain Marvel trolls, the film's "want to see" rating on the movie site abruptly sunk to a low of 27 percent. Many critics saw an agenda at play. So did Rotten Tomatoes.

"We have seen an uptick in nonconstructive input, sometimes bordering on trolling, which we believe is a disservice to our general readership," the company said in a statement. The site removed the feature on Captain Marvel, saying it would return after the film opened. (The rating mechanism for professional reviewers did not change.)

The move is clearly overdue. Though "want to see" is less a review feature than an indication of interest, subjecting a film to a virulent pre-release carpet-bombing isn't exactly a good idea for a site designed around movie fandom (or for anyone, really). Like the fake-news posts on Facebook during the 2016 election, the troll-influenced scores don't represent reality as much as craft a perception that seeks to influence it. In response, Rotten Tomatoes needed to be vigilant.

The move is also, alas, insufficient. The "want to see" feature will be available once the movie opens - when the trolling can begin anew. A movie site without audience participation isn't a movie site at all. So short of radically changing what it is, Rotten Tomatoes has little way out of this.

And even if it did, it isn't the only site that can be targeted. Trolling runs a marathon before truth-telling has even shopped for its Nikes. Not long after Rotten Tomatoes announced its policy, it was revealed that the IMDB score was being tanked, possibly by right-wing trolls as well. (IMDB is owned by Amazon, whose chief executive, Jeffrey Bezos, also owns The Washington Post.)

Other sites have also struggled to combat movie trolling. Twitter has closed some problematic accounts but others remain active. Facebook has waged a similarly mixed battle. And of course, there's always Reddit, the vast web discussion site that can sometimes be a clearinghouse for vicious attacks and hateful speech.

Sure, things might get a little better, helped by more effective responses from both sites and targets. (Larson has responded coolly to the online criticism. To an anti-feminist insult that she wasn't "smiling" enough in promotional photos, for instance, she created an Instagram story in which the images of various male superheroes were altered to include grins, highlighting the absurdity of the critique.)

But as long as digital culture remains an open forum to discuss movies, and as long as Hollywood wishes to embrace diversity, trolling is unavoidable. Because there will always be people for whom casting choices are not just a point of sociocultural debate but a pretext for misogyny and racism. And the forum will always provide tools for them to do something about it.

In a sense the trolling is what years of fan culture has wrought - only put through a dark mirror. Trying to bring down a film is a kind of inversion of an online dynamic that used to be about fan-site writers and commenters taking credit for a film's success. Instead of feeling an investment in characters that speak to them, trolls derive meaning from destroying something that doesn't.

And it is, needless to say, a deeply dark mirror. Trolling can have a highly scarring effect on individual targets (take Ghostbusters star Leslie Jones, driven to quit Twitter after online harassment, as just one example). And it can be disquieting, or worse, to the rest of us, poisoning the conversation around a cultural event that should otherwise bring nothing but enjoyment.

Before you decide to hit yourself with a photon blast, there's some good news.

There's actually little evidence trolling accomplishes its primary objective, or at least one of them. It may have the effect of sinking a movie's audience score. But does that lower score translate into a poorer box office? At most, it can be said there's no evidence that directly contradicts that thesis. At most. More likely, other factors - word of mouth, huge marketing campaigns, reviews - play a much bigger role in a movie's fate. Film fandom is, for all its newly democratic tools, run by a benevolent dictatorship. And sometimes we should thank Thor for that.

In fact, if one looks at previous movies with significant trolling campaigns - the 2016 Ghostbusters reboot, Star Wars: The Last Jedi and Black Panther - it's clear how ineffective it can be. Ghostbusters performed somewhat underwhelmingly with $128 million domestically. But "Last Jedi" was the highest grossing movie of 2017 with $620 million in the United States. And "Black Panther" is the third-highest grossing domestic film in history.

Of course, that didn't stop trolls from saying they had an effect. The beauty and the vexation of the box office is that it's a complicated beast, the result of many interlocking factors. Parsing it, let alone attributing it to just one of those factors, is pretty much impossible.

That means any failure or success can simply be chalked to the explanation we prefer. Even the idea of success is hard to define. In essence, the box office is a blank canvas. And what's scrawled on it isn't evidence, but our own handwriting.

All of which is what, in the end, allows the trolls to claim victory. But that's a far cry from saying they've won.

(This story has not been edited by NDTV staff and is auto-generated from a syndicated feed.)
Comments
Brie LarsonBrie Larson captain marvelcaptain marvel