How Bappi Lahiri, Mithun Chakraborty And Vijay Benedict Recorded I Am A Disco Dancer

"The maximum I worked with anyone is Bappi Da," said Vijay Benedict 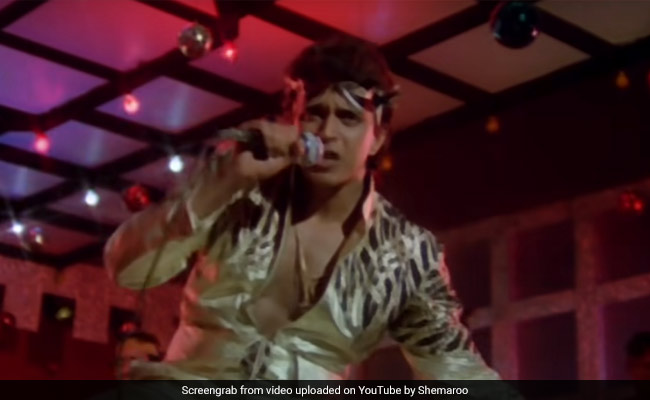 Mithun in I Am A Disco Dancer. (courtesy: YouTube)

Former playback singer Vijay Benedict has recalled recording the song I Am A Disco Dancer, one of composer Bappi Lahiri's greatest hits. Bappi Lahiri, called Bappi Da by everyone, died this week at the age of 69. He had been in hospital for a month, being treated for various health complaints. 1982 film Disco Dancer is among the standout credits in Bappi Lahiri's body of work - as the name suggests, the film was disco-based and, accordingly, so was the soundtrack. I Am A Disco Dancer, the title track, was sung by Vijay Benedict and picturised on lead actor Mithun Chakraborty who played the eponymous disco dancer.

I Am A Disco Dancer was Vijay Benedict's debut and the only song he sang on Disco Dancer's soundtrack. Speaking to news agency PTI, he recounted how Bappi Lahiri, whom Mr Benedict met at a concert in London, gave him his break. "After coming here, I met him and he made me meet B Subhash (director of Disco Dancer). In those days, it was difficult for newcomers (to get) in the industry as there were great singers around. But he encouraged me. Subhash had all the big singers with him for 'Disco Dancer' but he gave me an opportunity to sing the title track," Vijay Benedict said.

The recording took place at HMV Studios in Cuffe Parade, Mumbai and Vijay Benedict was overwhelmed by the crowd of musicians and chorus singers, some 80-100 in all. He got through it with the help of Mithun Chakraborty for whom he was singing. "Mithun da told me to sing the song with gusto, it is a powerful song. I remember I was overwhelmed. I got a little scared looking at so many people. I had to do my best and we kept recording from morning to evening and we finished it in the night," Mr Benedict told PTI.

Disco Dancer was a smash hit, largely due to its blockbuster soundtrack which also contained other songs set to a disco beat - Jimmy Jimmy Jimmy Aaja sung by Parvati Khan, Koi Yahan Nache Nache sung by Bappi Lahiri himself and Usha Uthup, and Yaad Aa Raha Hai, also sung by Bappi Da. "He was a pioneer in disco and that's why he was called the Disco King. He did it very well. He was the only one who could deliver a disco song. Every song was a hit, his other songs were also well-received," Vijay Benedict told PTI.

The success of I Am A Disco Dancer led to more collaborations between Bappi Lahiri, Mithun Chakraborty, B Subhash and Vijay Benedict. These included the films Kasam Paida Karne Wale Ki, Aandhi-Toofan, Maa Kasam and Commando.

Bappi Lahiri was much in demand after Disco Dancer and he, in turn, gave Vijay Benedict more work. "The maximum I worked with anyone is Bappi Da. He told me he got 20 films because of Disco Dancer and even I got work. We did many shows together across India. We had a personal relationship. I could go to his home anytime, talk to him or his parents, about films," Mr Benedict said.

Vijay Benedict also sang for composers like Anu Malik, Nadeem Shravan and Laxmikant-Pyarelal. He is now reportedly a gospel singer.