"We wish we didn't have to hold the screening discreetly," a fan said 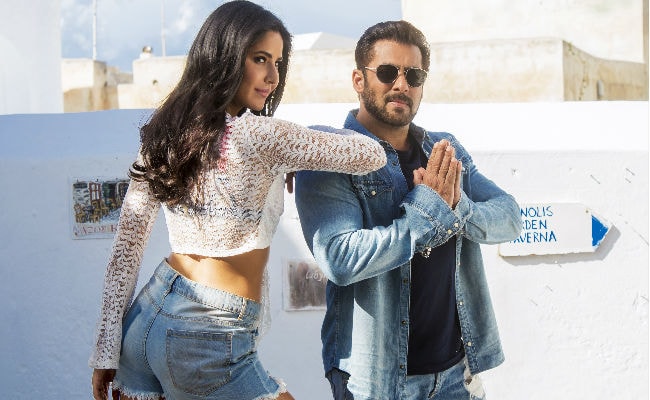 New Delhi: Salman Khan's Tiger Zinda Hai is banned in Pakistan but that did not stop a fan club of 150 members from enjoying a screening of the movie in Lahore, reported mid-day. On March 17, a screening of the film was organised by a fan (who wants his identity to remain anonymous) of the 52-year-old superstar at an auditorium of a Lahore theatre and as many as 150 members, including family and friends, signed up for the screening, stated mid-day. One of the fans who attended the screening told mid-day that movie was shown via digital projector and that the organiser had to pay a bomb to acquire the digital rights. mid-day added that the screening was initially being organised for a get together with friends at home but an auditorium was booked after more people wanted to turn up.

One of the cine-goers told mid-day that the screening was organised to support the idea of solidarity that the film promotes: "The film may have been banned here, but we endorse the idea of brotherhood that it promotes. We wish we didn't have to hold the screening discreetly. We want to tell Salman Bhai we have immense love for him and his movies," mid-day quoted the fan as saying.

An auditorium full of Salman Khan fans had a great time, the fan added in the interview to mid-day: "It was a great experience. Tiger Zinda Hai depicts the ties of love between India and Pakistan in such a pure way. We were cheering and hooting during Salman's action scenes." mid-day also reported the fan as saying: "The man, who took the initiative, had to pay a hefty sum for the digital rights. The movie was screened via a USB in the digital cinema projector."

While busy star Salman Khan's views on the initiative by his Lahore fans is unknown, his father Salim Khan told mid-day: "It's a wonderful gesture. I feel films from India should be allowed to release in Pakistan, and their films should be allowed to screen here. That will happen only once the situation between the two countries improves."

Days before Tiger Zinda Hai hit screens in India, the Pakistani Censor Board banned the movie on these grounds: "As per synopsis, reviews and trailers of the film available in media, in the said feature film, our national security and law enforcement institutions, agencies, individuals and certain state symbols are being shown in a demeaning manner on which we have a 'no-compromise policy'," read a statement from CBFC chief Mobashir Hasan, IANS had reported.

Not just Tiger Zinda Hai, Pakistan has also banned films such as Tubelight, Dangal, Naam Shabana, Raees and PadMan in the recent past. Tiger Zinda Hai, which tracks the story of an Indian spy (Salman Khan) and his Pakistani counterpart (played by katrina Kaif), released in India on Christmas last year and has scored over Rs 300 crores at the box office.
Comments
tiger zinda haipakistan