Here's Why Zarine Khan is 'Intimidated' By Salman 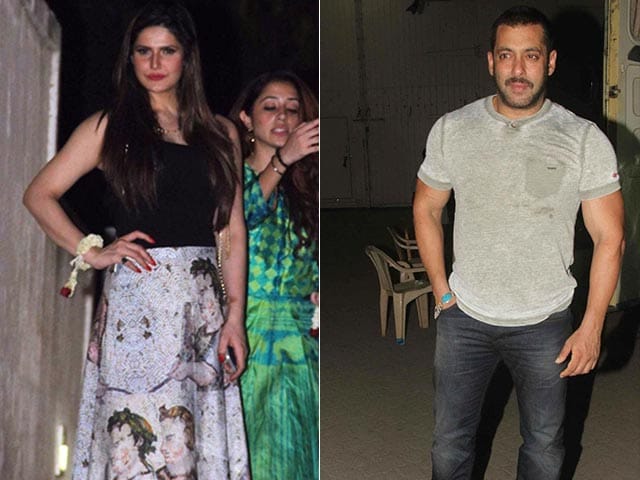 Mumbai: Actress Zarine Khan said that she is intimidated by Salman Khan.

Zarine was recently seen in Vishal Pandya's Hate Story 3."I have no idea if he has seen the movie. I have been busy with the promotions and he was busy too. Honestly, I didn't even ask him if he has seen the film because I am a little intimidated by him. He does not like girls doing these roles," Zarine told PTI.

Zarine also said that despite featuring in an adult film, she has been offered the role of a "comedy and a women centric" film.(Also Read: Why Sharman Joshi, Zarine Khan Were 'Comfortable' Shooting Intimate Scenes)

"Getting stereotyped is an actor's choice. Hate Story 3 was not only an erotica but also had a very strong storyline to back it up. It wasn't just bold. So there is no question of being stereotyped, as I have been offered a comedy film and a women centric film too," added Zarine.

The actress also said that she would love to be a part of the Hate Story franchise again.

"I would love to be a part of the franchise. But they usually do not repeat their actors. But yes, if I get another chance, I would love to do it," said Zarine.