Mehr is the daughter of Neha Dhupia and Angad Bedi. 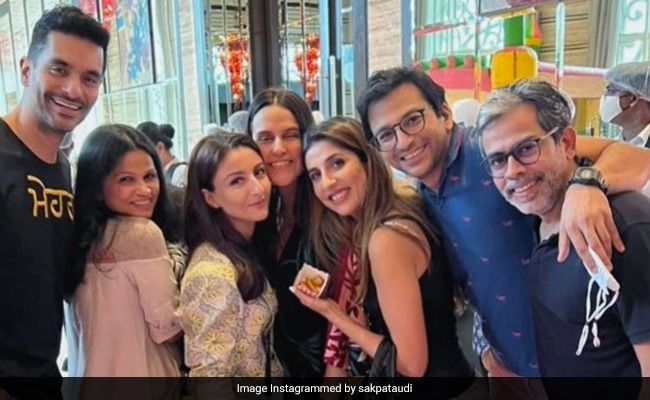 Neha Dhupia and Angad Bedi's daughter Mehr turned three on November 18. And, the happy parents left no stone unturned to make the day a special for their little bundle of joy. From a unicorn-themed decor to a rainbow cake, the party had checked all the boxes. Now, it seems like Soha Ali Khan agrees with us here. The actress has uploaded a bunch of pictures and videos from the celebration on Instagram. The opening picture is a group photo featuring Soha, the star couple, Neha and Angad, and their friends. Don't forget to check out Inaaya's expression as she stands in front of a giant unicorn stuffed toy. The little one looks like a princess. Aww, cute. Inaaya is Soha's daughter.

Here's how Soha Ali Khan wished Mehr and her parents on Instagram. She wrote, "Happy birthday Mehr and well done Neha Dhupia and Angad Bedi on three years of parenting and a smashing party to celebrate your little rainbow of joy." 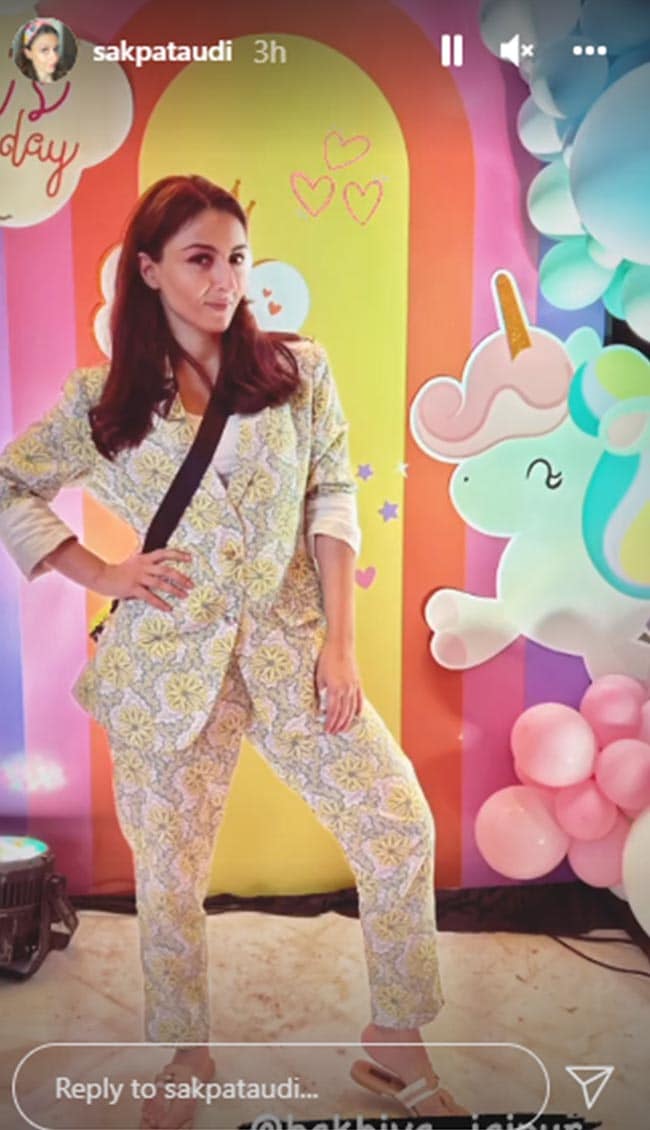 We got a glimpse of Mehr's delicious birthday cake too. Actress Anita Hassanandani posted a photo of a two-tiered rainbow cake with a unicorn model sitting on top. The cake plate also carried the words, "Mehr's magical third", which made the birthday even more special. 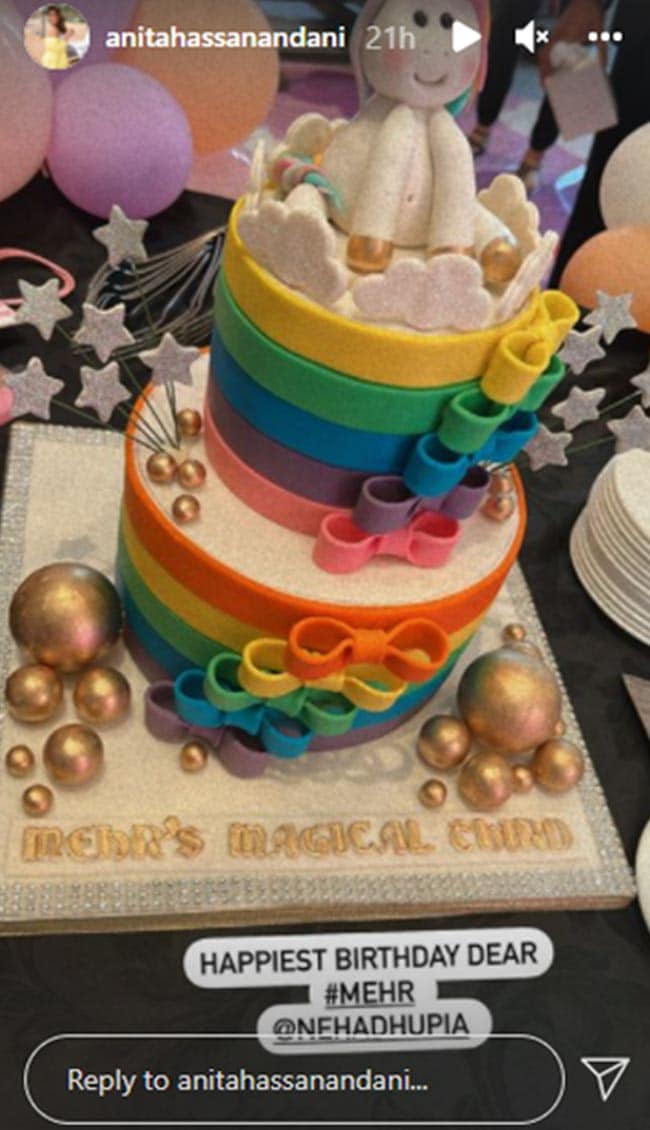 Neha Dhupia reposted a photo of the mind-boggling range of cakes that were brought for Mehr's birthday bash. The original post read, "I think you under-ordered cake Neha Dhupia and Angad Bedi." To this, Neha simply laughed. 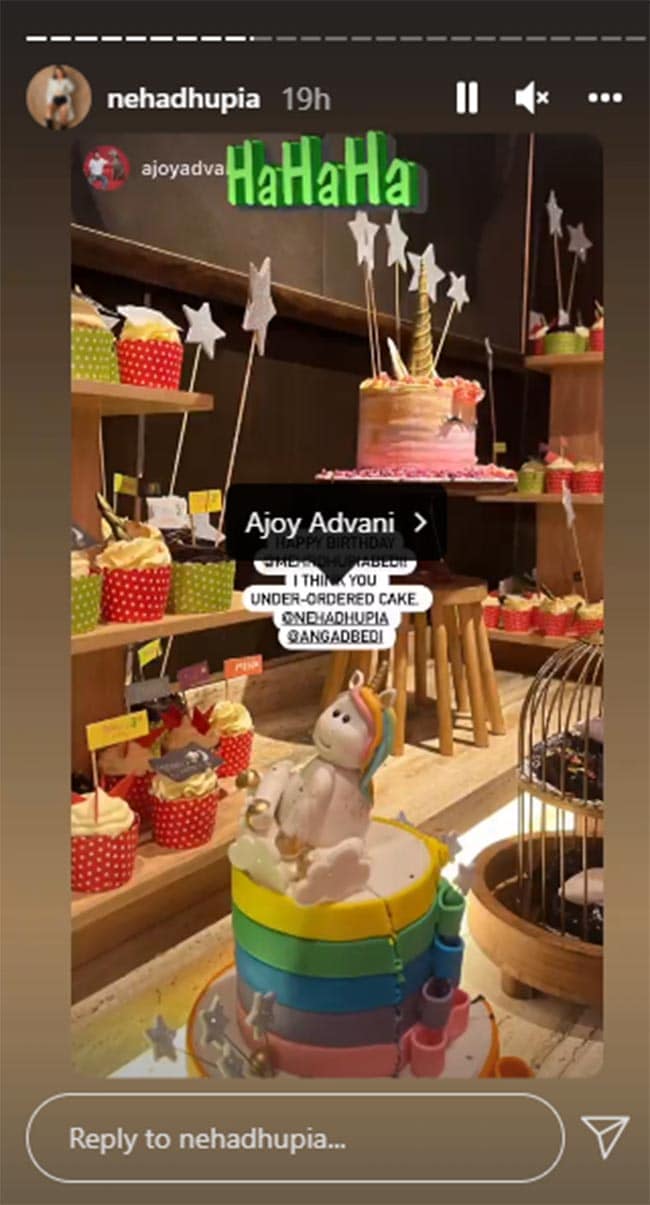 Neha Dhupia shared a special photo for Mehr on her birthday. The photo was clicked during the actress' second pregnancy and we see the mother and daughter playfully posing for the lens. The caption read, "At 11.25 am, three years ago on this day…My heart started beating outside my body…Our baby girl you taught us what love is. Happy birthday to our little unicorn. Mama has fallen short of words… which never happens)."

Angad Bedi's birthday post for his daughter has our hearts. It read, "You make me want to be a better person each day. My love for you I cannot express...My heart is filled with gratitude. Thank you to the almighty...To the universe and your lovely mother for bringing you into this world. And, you choosing us as your parents. I love you my lifeline, Mehr. Spread your laughter wherever you go. Waheguru bless you now and forever."

We hope Mehr had a wonderful birthday party.