"Overcoming such a disorder was a very big victory which helped in getting him his confidence back," read an excerpt from the chapter 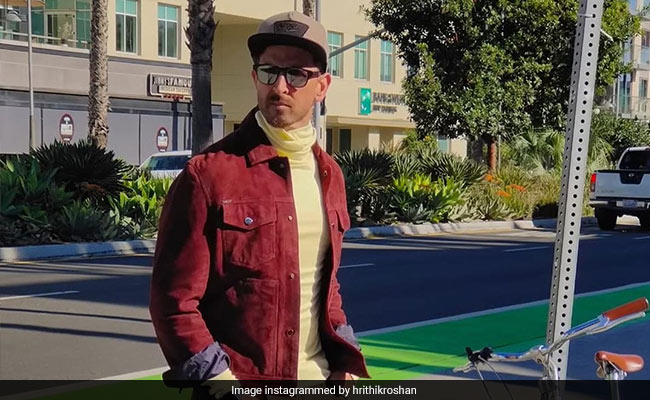 Hrithik Roshan, who has managed to inspire millions by overcoming his stammering problem, occupied a spot on Thursday's list of trends and for all the right reasons. A fan of Hrithik, on Twitter, shared a picture of the actor's story as described in a class 6 textbook. "Felt bored, so I was reading a textbook of my niece. I was surprised to see this page. This is from the value education textbook of class 6. Who else can teach self-confidence better than him? Proud of you," read the tweet. Hrithik's story was listed under a chapter titled "Self-confidence." The chapter talked about how the Dhoom 2 actor overcame his stammering problem. An excerpt from the chapter read, "Overcoming such a disorder was a very big victory which helped in getting him his confidence back."

Felt bored, so I was reading a textbook of my niece. I was surprised to see this page. This is from the value education textbook of class 6. Whoelse can teach self-confidence better than him?Proud of you @iHrithik sir @HrfcTamilnadu@HrithikRules@HrithikInspirespic.twitter.com/ukwlDkqa0N

Hrithik, who has openly talked about his stammering problem, recently supported a Twitter user whose cousin was bullied by one of his professors for stammering during a presentation at his university. In a strongly-worded tweet, the 46-year-old called out the professor for his insensitive behaviour and referred to him as a "brainless monkey."

Please tell your cousin that that professor and his judgement both are irrelevant. Stuttering should never hold him back from dreaming BIG ! Tell him it's NOT his fault and it's NOT something he needs to be ashamed of. People who shame him are no better than brainless monkeys. https://t.co/BDQp9PArag

A few years back, Hrithik's sister Sunaina Roshan also talked about the actor's extensive journey and how hard he worked in order to overcome the stammer. In her blog post, Sunaina recalled when Hrithik was a 13-year-old kid and was working day in, day out to get his speech and diction right. "I remember watching him at the age of 13 as he would sit and read aloud for hours, sometimes alone in the bathroom every single day, morning and night without fail," read an excerpt from her post.

On the work front, Hrithik Roshan was last seen in the blockbuster hit War, co-starring Tiger Shroff and Vaani Kapoor. The actor has not announced his upcoming project as of now.