Hema Malini said, "His (Dharmendra) first wife and children have never felt my intrusion in their lives." 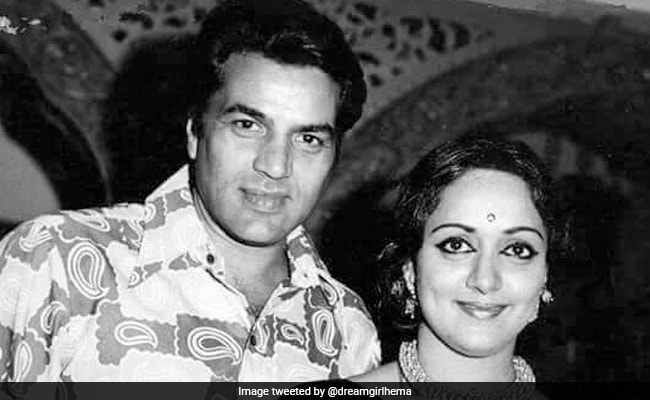 Actress politician Hema Malini recently talked about her personal life in an interview with Deccan Chronicle, in which she said that she 'never took Dharmendra away from his first family.' Dharmendra and Hema Malini, co-stars of films like Sholay, Seeta Aur Geeta, Dilagi and Dream Girl, got married in August 1979 when he was already married to Prakash Kaur. Speaking about Dharmendra and his first marriage, Hema Malini told Deccan Chronicle, "The minute I saw Dharam ji, I knew he was the man for me. I wanted to spend my life with him. I also wanted to make sure that the marriage hurt nobody. His first wife and children have never felt my intrusion in their lives. I married him, but I never took him away from his first family."

Dharmendra was all of 19 when he married Parkash Kaur in 1954. They are parents to sons Sunny and Bobby Deol - both actors - and daughters Vijeeta and Ajeeta. Dharmendra and Hema Malini are parents to daughter Esha and Ahana Deol. Esha took up acting like her parents while Ahana is a trained classical dancer and has performed many times with her mother and sister.

Hema Malini also told Deccan Chronicle that she will soon quit politics to spend time with her family. She was quoted as saying, "I just had my family with me. My two daughters, my sons-in-law, my grandchildren and Dharam ji... that's all I need, that's all I want." Hema Malini is a Member of Parliament from Mathura constituency for the Bharatiya Janata Party or the BJP.