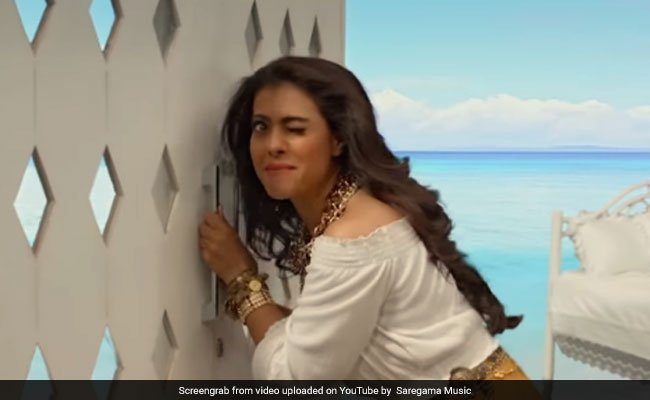 Kajol in a still from Helicopter Eela (Courtesy YouTube)

Yaadon Ki Almari, the second song from Kajol's upcoming film Helicopter Eela, is sure to make you nostalgic. The song featuring Kajol brings forth important aspects of Eela's life. The song mainly revolves around the time when Eela was head over heels in love and at the same time aspiring to be a singer. The video is as quirky as the song and surely Kajol is the main highlight. Yaadon Ki Almari is an upbeat track, which has been sung by Paloma Ghosh. The music has been composed by Amit Trivedi and Swanand Kirkire has written the lyrics for it.

The trailer of Helicopter Eela was released on Kajol's birthday (August 5). Kajol was present at the trailer launch with the cast of the film and Ajay Devgn, who is producing the film. Kajol's Helicopter Eela is all about "reinventing parenting techniques." Kajol headlines the cast and plays the role of a single mother in the film.

Speaking about her character in Helicopter Eela Kajol told news agency IANS: "I think most mothers are like Eela. Indian moms generally. All of us are Eela, but the degree of obsession can change from one mother to another."

Helicopter Eela has been directed by Pradeep Sarkar, who had earlier directed films like Mardaani and Parineeta. The film will hit the screens on September 7.