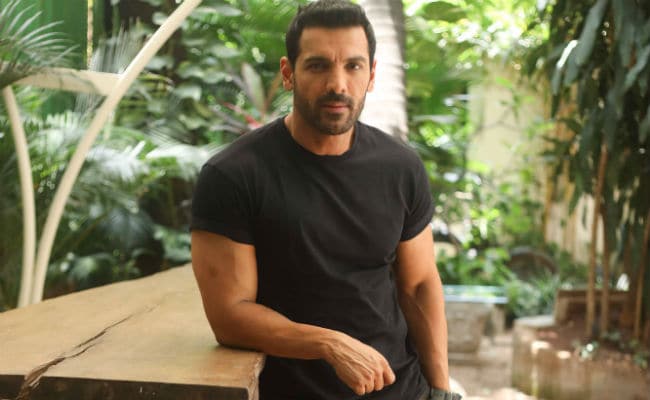 John Abraham at an event in Mumbai.

Actor John Abraham recently confessed his sweetest crush story on the sets of a dance reality show, where he was promoting his new film Parmanu - The Story Of Pokhran. The actor revealed that he had a crush on his school teacher and said: "Having crushes has been a part of my growing up days. In fact, when I was in the second standard, I used to like my class teacher a lot," reports IANS. The actor also recalled how he was in second standard and even informed his father about his little crush. He said: "So, one fine day, I literally confronted my dad and told him that I like Mrs Anand, my class teacher, because she is amazingly beautiful and intelligent."

Meanwhile, John Abraham's latest film Parmanu -The Story of Pokhran, hasn't picked up well. The film which draws inspiration from the 1998 Pokhran nuclear tests and features Diana Penty, Boman Irani, Yogendra Tikku, Zachary Coffin and Mark Bennington, managed to collect only Rs 4.8 crore on its release day. The 45-year-old actor, in a recent interview spoke about how he was affected by the actual incident and what prompted him to make the film. He told news agency IANS, "It had defined the trajectory in my life because of incidents that were associated with the sanctions that followed. I was planning to go somewhere, to a college, (but I) didn't get through. There was anger at first, then the understanding came that this (nuclear status) can make India great. I started thinking like an Indian and started feeling like a nationalist."