Harshvardhan Kapoor Vs Kylie Jenner In Who Wore It Better 2.0

Harshvardhan shared one of his favourite photos, in which he can be seen sporting the Nike sneakers, and also added Kylie Jenner's photo from February 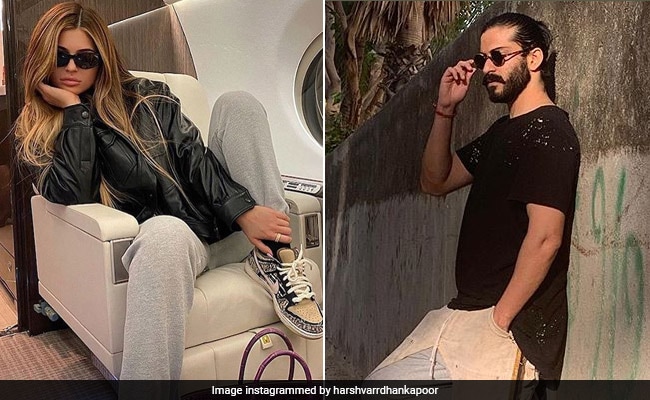 Harshvardhan Kapoor is a huge fan of sneakers, just like his dad Anil Kapoor, and brother-in-law Anand Ahuja, and Kylie Jenner. Harshvardhan, who regularly updates his feed with interesting trivia about vintage sneaker trends or new launches, dragged in Kylie Jenner (again) for a fun post. Harshvardhan recently got to try Travis Scott's Nike SB Dunk Low sneakers, released in February, and did a photoshoot. Well, Kylie Jenner wore those sneakers just days after they released. Kylie Jenner and rapper Travis Scott are exes. They dated between 2017 and 2019 and parted ways in November last year. The former couple are parents to a daughter named Stormi. Moving on to Harshvardhan, on Tuesday, he shared one of his favourite photos, in which he can be seen sporting the Nike sneakers, and also added Kylie Jenner's photo from February, wearing the same model. Harsh Vs Kylie round 2 ... who wore it better ? GO LOL go crazy in the comments and tell me who and why

Here's a better version of the Kylie Jenner photo that Harshvardhan shared. Kylie's accessories from her travel diaries in February included not only a pair of sought after sneakers but also a Hermes Birkin hand bag.

Last month, Harshvardhan shared separate photos of himself and Kylie Jenner, sporting Nike's Stussy x Dunk Low Pro SB 'Cherry' sneakers, which were originally released in 2005 and have a cult status in the sneaker world. "Who wore it better?" Harshvardhan had asked his Instafam.

Who wore it better?

Harshvardhan Kapoor made his Bollywood debut with 2016 film Mirzya, after which he also starred in Bhavesh Joshi Superhero. Harshvardhan will next be seen in the untitled biopic of Abhinav Bindra.