Harshvardhan Kapoor Shares Throwback Pics From The Sets Of This Film 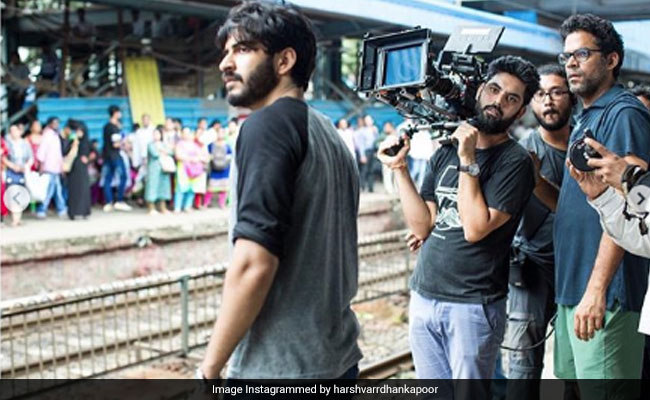 Actor Harshvardhan Kapoor made the best use of Throwback Thursday by sharing photos from the sets of his second film Bhavesh Joshi Superhero. The 28-year-old actor, who was last seen in the Vikramaditya Motwane-directed film in 2018, shared BTS throwback pictures from the sets. He simply added the hashtag "#throwbackthursday". In Bhavesh Joshi Superhero, Harshvardhan played a student-turned-vigilante. One of the photos shared by Harshvardhan is a candid picture of himself and Vikramaditya Motwane. As soon as Harshvardhan shared the set of photos on Instagram, comments like "Awesome film", "My fav film," and "Most underrated film," started popping up.

Anil Kapoor and Sunita Kapoor's youngest child Harshvardhan Kapoor made his Bollywood debut with Rakeysh Omprakash Mehra's Mirzya, which didn't perform well at the box office. Of Mirzya's debacle, Harshvardhan had earlier told news agency IANS that he cares about the 'end result of a movie' and was 'hurt' when his debut film didn't work at the box office. "I do get hurt. When my debut film did not work for most of the people, I was upset but do we really know how to control the fate of a film," he said. During the interview he had also revealed then that he had signed Bhavesh Joshi Superhero before Mirzya.

Harshvardhan Kapoor will next be seen in Olympic gold medalist Abhinav Bindra's biopic, which also features Anil Kapoor. Details about the rest of the star cast or the release date of the film has been kept under the wraps.