Happy Birthday, Jr NTR: Here Are 5 Things You Need To Know About The Telugu Superstar

The Telugu superstar, who turns 38 today, has an illustrious two-decade-long career in the films 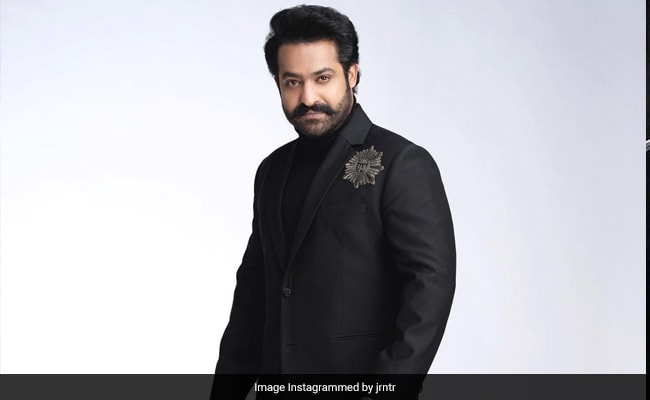 If you have been unaware of the acting prowess and skill of south Indian actor Jr NTR, you are probably missing out on one of the finest talents that the Telugu film industry has to offer. Jr NTR, or Tarak as he is known in the industry, had some legendary shoes to fill when he made his debut 20 years ago. He was the grandson of the iconic actor and politician, N. T. Rama Rao, after whom he was named. Given that his grandfather is considered to be one of the greatest actors to have graced Indian cinema, Jr NTR was faced with the threat of unfair comparison.

However, with his two-decade-long career that is marked by some stupendous successes, Jr NTR proved that he is here to stay. His enormous fan following was evident in the innumerable posts dedicated to wishing him on his birthday.

Given the current situation, the actor, who is recovering from COVID-19, also released a statement requesting his fans to not celebrate his birthday this year, as the “country is at war with COVID-19”.

On his birthday, we bring you 5 things you need to know about this powerhouse performer:

Jr NTR's tryst with cinema began much before his adult debut in the 2001 film, Ninnu Choodalani. In fact, the actor's first on-screen appearance was as a child artist at the age of 10, in the 1991 movie Brahmashri Vishwamitra. The film was directed by his grandfather, N. T. Rama Rao.

Pick any Jr NTR song and you will see him perform some unbelievable moves. From hip-hop to good old tap dance, the actor has done it all in his movies, earning him the status of one of the best dancers in Telugu cinema. A large part of his dancing talent has been attributed to his extensive training in Kuchipudi, the Indian classical dance form, since his childhood.

Jr NTR shares a special bond with director S. S. Rajamouli, who is known for his successful films including the Bahubali franchise and Eega. It was Rajamouli's 1991 film Student No. 1 that catapulted the actor to tremendous success. It was Jr NTR's second film and Rajamouli's directorial debut. On the film's 18th anniversary, the actor wrote on Instagram, “18 Years of #StudentNo1. Coincidentally we are shooting in RFC today, where 18 years ago we filmed this shot. So much has changed but the fun of working together with Jakkanna hasn't!” tagging the director.

The two, who have collaborated in several successful movies since, have come together for RRR, considered to be one of the most-awaited Telugu films this year. The film will also star Ram Charan Teja, Alia Bhatt, and Ajay Devgn in important roles.

The actor enjoys a large fan following in Japan, thanks to his 2013 action-comedy film Baadshah. This was also the first Telugu film to be released in Japan, earning Jr NTR the distinction of being the second Indian actor after Rajinikanth to have a movie dubbed in Japanese.

If you thought acting and dancing were the only tricks up the actor's sleeve, we have news for you. He is also a gifted singer and many of his songs are considered huge hits. In addition to singing for himself, the actor has also sung a Kannada song, Geleya Geleya for actor Puneeth Rajkumar in the film Chakravyuha. He was also nominated for a Filmfare Award for his song Follow Follow in the film Nannaku Prematho.

If any of you Tarak fans needed more reasons to love the actor, we are sure this list will do the trick.