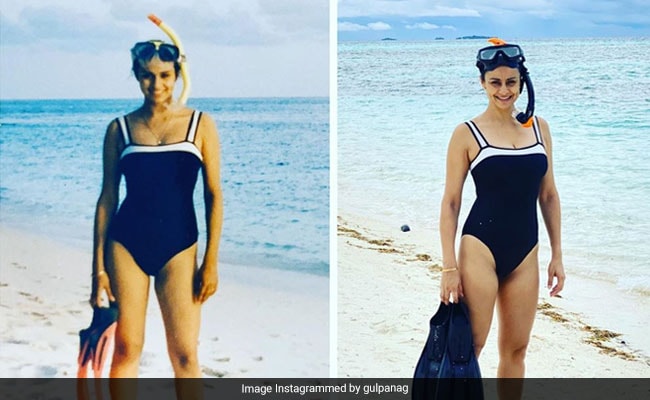 Actress Gul Panag occupied a top spot on the list of trends on Monday after she shared a picture of herself on Instagram, which happens to be 20 years old. On Sunday, Gul Panag shared a collage, which features an old picture of her from 1999 in the same swimsuit, which she wore recently during her vacation in Maldives. Minutes after sharing the post, her fans flooded her post with comments saying, "she hasn't aged a bit in two decades" but more on that later. Instagramming the collage, Gul Panag wrote: "Then and now. Back in Maldives after twenty years! My Mark and Spencer swimsuit still going strong." Check it out:

Then and now. Back in Maldives after twenty years!! My @marksandspencer swimsuit still going strong . 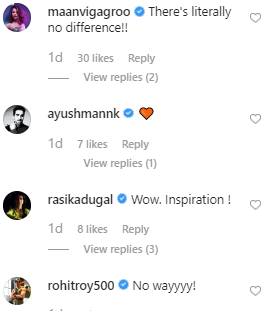 A screenshot of Maanvi, Ayushmann, Rasika and Rohit's comments on Gul Panag's post.

Gul Panag's Instafam also flooded the post with comments such as "Incredible!" and "Gorgeous then and gorgeous now." One user wrote: "Some people just never grow old," while another commented: "You are timeless!" One of her fans wrote in the comments section: "Omg you haven't changed a bit."

Apart from the aforementioned picture, Gul Panag also posted a series of photos from her vacation on Instagram. She shared another picture of her son Nihal, which she captioned: "A well-deserved break after what has been an incredibly busy last few months. Excellent weather. First day was spent with sun, sand, snorkelling with son."

So, I do have other swimsuits. Just back from an incredible trip in a submarine where we saw lots of marine life- including but not limited to sea turtles and over a hundred dolphins! Check out stories. What an incredible experience!! #Islandlife #VisitMaldives #NaturallyMaldives #Maldivesresorts #Premiumallinclusive #Joyofgiving #Allinclusiveresort #Maldives #Beach #OZENMaadhoo #Indulgence #Exotic #Luxurytravel #Southmaleatoll #OZEN