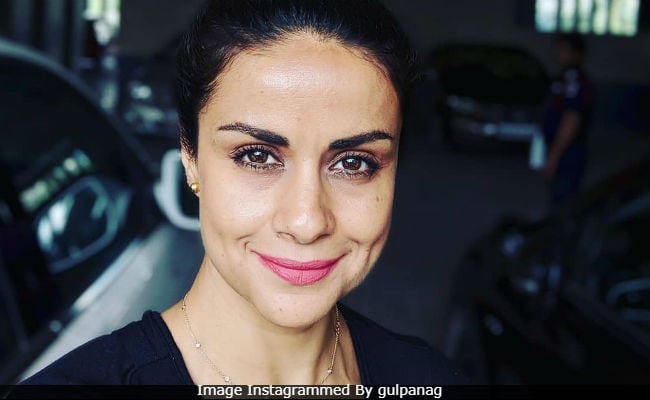 Model-turned-actress Gul Panag, married to pilot Rishi Attari, became a mother six months ago and successfully managed to keep her pregnancy under wraps. In a recent interview to Mumbai Mirror, Gul Panag revealed that she and Rishi Attari are parents to a baby boy, whom they've named Nihal. A picture of the couple with Nihal, dressed up like pilots, is now doing the rounds on social media and has been shared widely. Little Nihal is cuddled in his mom's arms while his dad stands holds him from the back. Gul Panag, Rishi Attari and Nihal are all smiles for a perfect family picture.

When you really want to keep your peraonal life private, you really can. Gul Panag proved it. Gul delivered baby boy #nihaal six months back and she kept it a secret till now. Gul and Rishi are now proud parents. #gulpanag #love #babyboy #motherhood #newmom

Of keeping the pregnancy a secret, Gul Panag told Mumbai Mirror, "Rishi and I have always valued our privacy. Becoming parents is a special experience and we decided that we'd like to go through it without the distraction of public attention. Family and close friends knew about Nihal but we refrained from posting anything on the social media. He is almost six months old and it has been a roller coaster ride!" She also added that Nihal was born prematurely.

Gul Panag, 39, married Rishi Attari in 2011. Nihal is the couple's first child. Talking about embracing motherhood in her late 30s, she told Mumbai Mirror, "I think having a baby is a very significant step in life, and like marriage, you should think it through carefully before committing to it. Have children when you are ready to welcome them and can raise them happily and responsibly, not when society says you must."

Gul Panag, a former Miss India, became a pilot in 2016. She debuted in Bollywood with 2003 film Dhoop. Dor, Jurm, Manorama Six Feet Under, Hello, Straight, and Ab Tak Chhappan 2 are some of the other films on her resume. She's also starred in TV series Kashmeer. She also had a career in politics. In 2014 Lok Sabha Elections, Gul Panag was Aam Aadmi Party candidate from Chandigarh.