Guess Who Amitabh Bachchan Forgot In This Team Pink Pic? The Women

"A film on women with no woman in the frame," one comment reminded Amitabh Bachchan 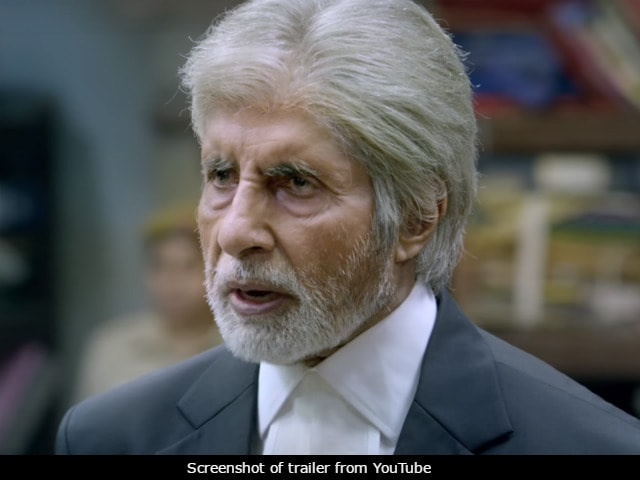 Amitabh Bachchan in a still from Pink (courtesy YouTube)

New Delhi: Just days ago, Amitabh Bachchan wrote a blog post clarifying that he, and only he, runs his social media accounts. So, now that Mr Bachchan has taken public responsibility for his online activity, we know who to blame for forgetting some of the most important people of 'Team Pink' in the picture he posted on Sunday to mark a year of the film's release. "The team of Pink, all in one frame, and all independent, individual National Award winners," Mr Bachchan captioned a group photo that included him, producer/writer Shoojit Sircar, director Aniruddha Roy Chowdhury, composer Shantanu Moitra and other men. We say men and not Team Pink members because Mr Bachchan appeared to have ignored entirely and absolutely not only his female co-stars from the film - Taapsee Pannu, Kirti Kulhari and Andrea Tariang - but also Pink's co-producer Rashmi Sharma.

When it released, Pink was considered affirmative action on behalf of a newly-woke film fraternity looking to right some patriarchal wrongs. In fact, it won the National Award for Best Film on Social Issues. But it appears that we got it wrong - Pink was not, after all, a film about consent and sexual assault as seen through the eyes of three central female characters; it was a film about a man who (with some backstage help from other men) saves three damsels in distress. Once rescued, these women cease to exist.

"A film on women with no woman in the frame," one comment reminded Amitabh Bachchan. "A National Award winning film about women's dignity and rights but the celebration above has only men in the frame. Wrong messaging sir," said another.

Promoted
Listen to the latest songs, only on JioSaavn.com
It isn't the first time the 74-year-old actor has been called out for championing feminism in a tone-deaf manner. Before Pink released, he wrote an open letter to his granddaughters Navya Naveli Nanda and Aaradhya Bachchan exhorting them to live life on their own terms without worrying about being judged for the 'length of their hemline.' Mr Bachchan's intent may have been admirable, his execution was criticised as lacking: the letter held Navya and Aaradhya's great-grandfathers up as ideals - but why were the high achieving women of the Bachchan and Nanda families ignored, critics wanted to know.

It seemed then, as it does here, that women exist only to be lectured to or lectured about on principles of liberty, equality and fraternity.