Govinda Says Varun Dhawan, Ranveer Singh 'Can't Afford To Be Against The Khans' 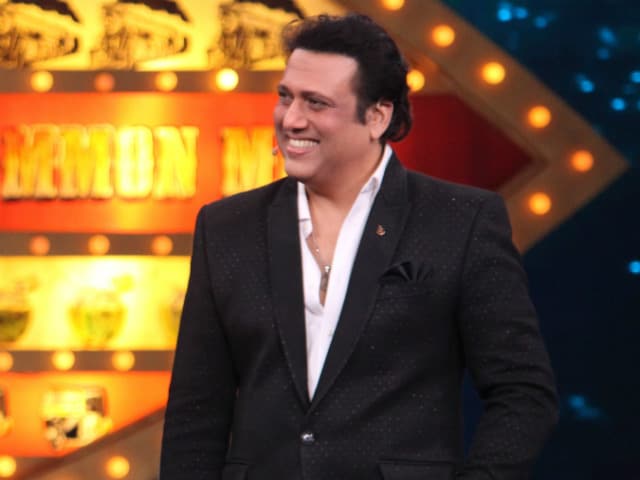 Govinda and Salman Khan on the sets of Bigg Boss 10

New Delhi: Actor Govinda, never minces words, shared his straightforward views about Varun Dhawan being likened to him. Govinda, who was speaking at a promotional event of his upcoming film Aa Gaya Hero, also said that young actors like Ranveer Singh and Varun cannot "afford" to compare themselves with the Khans of Bollywood, reported news agency IANS. According to Govinda, actors who are fighting their way towards the status of a successful star, will be deprived of films if compared to the Khans of Bollywood, including Salman Khan. "They can't afford to be against a Khan," the actor was quoted by news agency IANS as saying.

"Ranveer Singh and Varun Dhawan both have a body like Salman Khan. But they can't say it. If they call themselves as Salman Khan, then they won't get films. They can't afford to be against a Khan. This is how the filmy world works," IANS reported Govinda as saying.

Govinda's collaboration with Varun's filmmaker father David Dhawan, resulted in a number of hit films in the nineties' - the duo worked together in Raja Babu, Coolie No. 1, Hero No. 1, Bade Miyan Chote Miyan and Haseena Maan Jaayegi apart from more recent ones like Do Knot Disturb and Partner. Meanwhile, Varun has been directed by his father in Main Tera Hero. In David Dhawan's remake of Judwaa, Varun will also feature in the dual roles originally played in Salman Khan. When asked about Varun being compared to him, Govinda told IANS: "How can he be like me? To become Govinda, he needs to be innocent, uneducated and a poor village boy. Varun is already a son of a director. In the last six years, he hasn't done more than two films with his father, whereas I did 17 films with his father."

Govinda also added that he was keen to be cast in another David Dhawan project for his 18th film but he lost it to Rishi Kapoor: "When I asked David to make the 18th film with me, he took my subject and titled it Chashme Baddoor and cast Rishi Kapoor in it. Then I asked him to put me as a guest appearance. He didn't do that too. After that, I didn't meet him for some years. I kept requesting him to take at least one shot with me so that it could be my 18th film with him. But I don't know what he had in his mind."

Promoted
Listen to the latest songs, only on JioSaavn.com
Govinda's Aa Gaya Hero also stars Ashutosh Rana and Murli Sharma, and is scheduled for February 24.