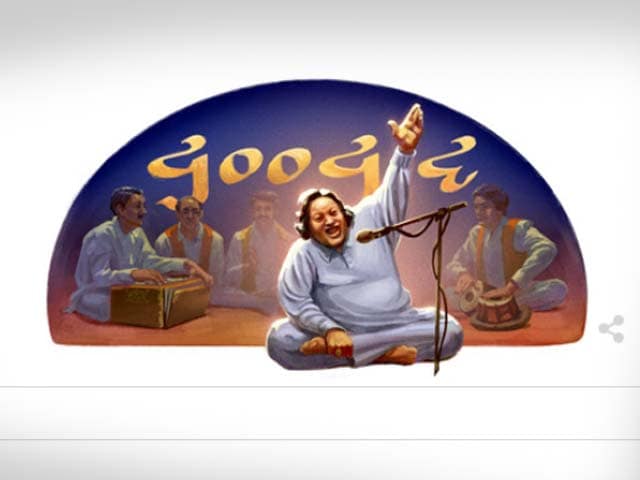 The doodle showed the musician singing, his left hand raised to make the letter "l" in the word Google.

Born on October 13, 1948, Mr Khan was primarily a singer of qawwali, the devotional music of the Sufis.