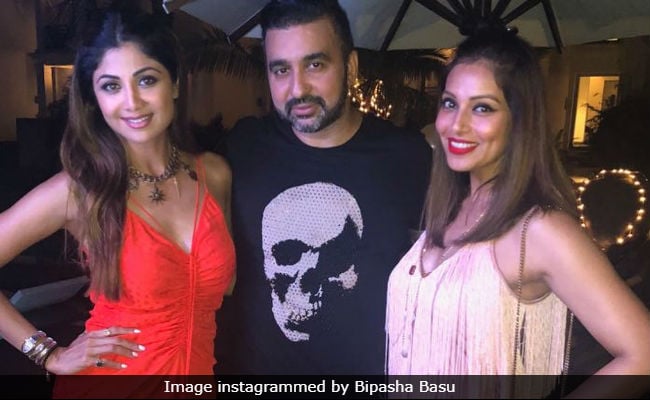 Bipasha Basu and Shilpa Shetty were the party-starters at their friend Siddharth Anand's 40th birthday bash in Goa. Photos instagrammed by Bipasha and Shilpa prove that Siddharth's party was totally Bang Bang!. Shilpa and Bipasha plus ones to the party were Raj Kundra and Karan Singh Grover, respectively. Shilpa Shetty looked spectacular in a bright outfit which she accessorised with a statement necklace while Bipasha wore a fringed layered dress with minimal jewellery. Siddharth Anand has directed Bipasha in Bachna Ae Haseeno while Shilpa Shetty featured in the song Shut up & Bounce in his film Dostana.

Siddharth Anand has a couple of plum projects in his kitty - he will direct Tiger Shroff in the remake of Sylvester Stallone's Rambo and he has signed a film with Yash Raj Films also starring Tiger Shroff along with Hrithik Roshan.

Shilpa Shetty, who has sort of retired from films, features in headlines for her other work commitments - Shilpa writes books on fitness and she's also seen on the judges' panel in reality shows. Shilpa is in touch with her colleagues and often appears in the television shows they host; for example, she was recently seen in 10 Ka Dum, hosted by Salman Khan.

Bipasha Basu has also not made a film for a while now. She was last seen Alone (2015) co-starring Karan Singh Grover. Bipasha Basu hasn't announced her next project yet but she's often spotted at fashion shows walking the ramp for celebrated designers.