Glenn Frey, 'The One Who Started it All' With The Eagles 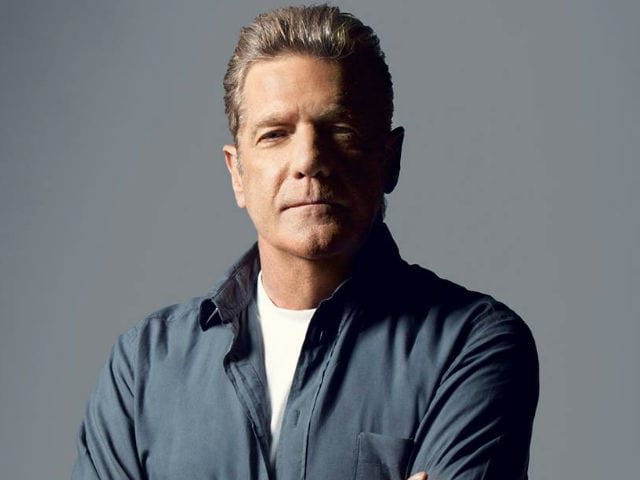 This image was posted on Facebook by Glenn Frey

Los Angeles: It was 1971 and Jackson Browne was working on a new song and just couldn't finish it. Frustrated, he told his buddy, Glenn Frey, to give it a try. And with a single phrase - "it's a girl, my Lord, in a flatbed Ford" - Frey invented the California, country-rock sound and launched one of the biggest bands of all time.

Take It Easy, recorded by the Eagles and released in 1972, rose to No. 12 on the pop charts and introduced the world to the Detroit-born singer with the bloodshot eyes and outlaw moustache. The song also marked the beginning of a sometimes glorious, sometimes dysfunctional reign for The Eagles, a band that would go to sell more than 150 million records. (Also Read: Eagles Guitarist Glenn Frey Dies at 67)

Frey, 67, died Monday of what the band said were complications from rheumatoid arthritis, acute ulcerative colitis and pneumonia. His death came less than six months after Frey and the Eagles, which he co-founded with singer Don Henley, wrapped their latest tour. Frey's indulgences in the 1970s - drugs and women, mainly - were well known. But he had become health nut after the band's initial breakup in 1980. Frey did struggle with intestinal problems over the years, which he blamed, in part, on the damage done to his body during the band's heyday.

In 1986, he missed a reunion with longtime bandmate Henley - the band had broken up for the first time in 1980 - at a benefit concert in California because of an intestinal disorder. An attempt to re-form the Eagles in 1990 was put off, in part, because of surgery to remove a large part of Frey's intestine. And in 1994, their Hell Freezes Over reunion tour was interrupted by Frey's bout with diverticulitis. The tour resumed the following year.

Last year, the Kennedy Center decided to postpone the band's award as an honoree because Frey needed surgery. A Kennedy Center spokesman said Monday evening that she had no word on any impact that Frey's death will have on next year's honors.

As new broke of his death, a range of tributes rolled over social media from performers as diverse as Steve Martin, Questlove, Miles Teller and Nikki Sixx.

Henley, in a statement, described Frey as a brother and credited him with being "the one who started it all."

"He was the spark plug, the man with the plan," said Henley. "He had an encyclopedic knowledge of popular music and a work ethic that wouldn't quit. He was funny, bullheaded, mercurial, generous, deeply talented and driven. He loved his wife and kids more than anything. We are all in a state of shock, disbelief and profound sorrow."

In addition to Take It Easy, Frey sang lead on Peaceful Easy Feeling, Already Gone, Tequila Sunrise, Lyin' Eyes, New Kid in Town and How Long. Though he began to write less as Henley asserted himself more through the '70s, Frey still played a central role in the group. He was also at the center of its combustible dynamics. Bernie Leadon, before leaving the band, famously poured a beer over Frey's head. And in 1980, a dispute between guitarist Don Felder and Frey carried over onto the stage.

The exchange was captured deliciously on tape and shared on the band's fascinating 2013 documentary, History of the Eagles, Part One. At one point, Frey, on stage, is heard taunting Felder with "I'm gonna (expletive) kill you. . . . I can't wait."

In the 1980s, a new Henley emerged. Drug free, clean cut and a gym freak. He even did a health-club commercial. He had solo hits with The Heat Is On, You Belong to the City and Smuggler's Blues, and acted in Miami Vice and Wiseguy. He also played a National Football League general manager in Cameron Crowe's 1996 smash, Jerry Maguire.

But ultimately, as his solo and movie career fizzled, he returned to his signature band. The Eagles reunited in 1994, released a new studio album in 2007 and have toured regularly. They wrapped up their History of the Eagles tour July 29.

Monday night, David Lindley, the multi-instrumentalist who was a central player in the early '70s Los Angeles scene that included such singers as Warren Zevon and Linda Ronstadt, remembered hearing the Eagles version of Take It Easy for the first time. He said Frey should be remembered as a musician who could hold his own with all of those key songwriters.

"They were all black belts," Lindley said. "All of them. Especially when you contribute the two lines that really made the song. Those were important."