'Let's Give Love A Chance:' Alia Bhatt Tweets In Support Of Mother Soni Razdan's No Fathers In Kashmir 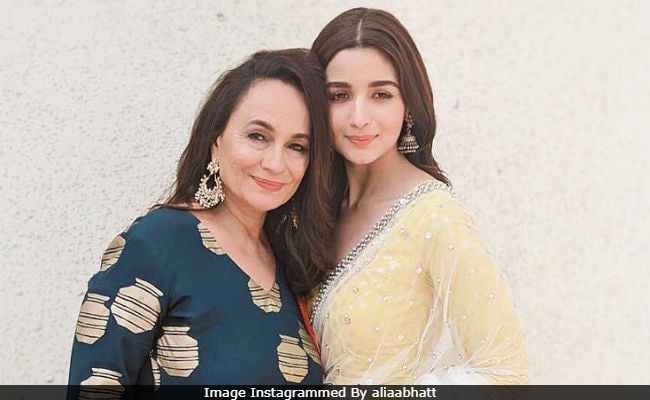 Was soo looking forward to mom's @nofathers_movie#nofathersinkashmir!! @Soni_Razdan@ashvinkumar & team worked super hard for this honest teens love story in Kashmir. Really hope the CBFC would #lifttheban. It's a film about empathy & compassion..let's give love a chance!

No Fathers In Kashmir is directed by Ashvin Kumar. According to reports, the Censor Board first reviewed the film in October, after which it was given an 'A' certificate. However, the decision was challenged by Ashvin Kumar, who earlier told news agency IANS, "CBFC viewed the film instead through a narrow prism that belies a complex, multi-layered narrative. CBFC has also completely ignored the reality of the present situation in the country, ignored facts already in the public domain, ignored evolving tastes of younger audiences, ignored content presently available on TV and Internet and ignored precedents of previous films on Kashmir being cleared for universal screening."

Ashvin Kumar, a National Award-winning director, later took the matter to the Film Certification Appellate Tribunal (FCAT). "They returned it to the CBFC as the latter did not give us a legally-mandated hearing," he told IANS.

No Fathers In Kashmir is a love story of two teenagers, in search for their missing fathers. The film is set against the backdrop of Kashmir.