Girish Karnad was known as much for his unflinching political activism as for his work as a playwright and actor. 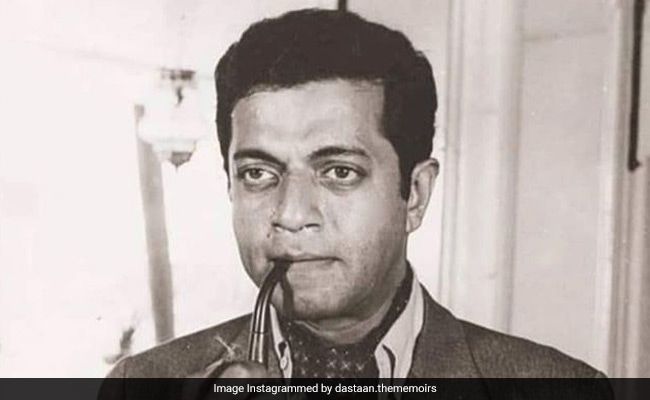 Girish Karnad, legend of screen and stage, died in Bengaluru today at the age of 81 and Twitter is heartbroken. In President Ram Nath Kovind's words, "Our cultural world is poorer today." Girish Karnad was known as much for his unflinching political activism and criticism of religious fundamentalism as for his work as a playwright and actor. Prime Minister Narendra Modi's tweet touched upon Mr Karnad's unwavering commitment to multi-culturalism and free speech: "Girish Karnad will be remembered for his versatile acting across all mediums. He also spoke passionately on causes dear to him." See the condolence messages posted by President Kovind and PM Modi below:

Girish Karnad will be remembered for his versatile acting across all mediums. He also spoke passionately on causes dear to him. His works will continue being popular in the years to come. Saddened by his demise. May his soul rest in peace.

Sad to hear of the passing of Girish Karnad, writer, actor and doyen of Indian theatre. Our cultural world is poorer today. My condolences to his family and to the many who followed his work #PresidentKovind

His outstanding contribution to literature, theatre and films will always be remembered.

In his death, we lost a cultural ambassador. May his soul rest in peace. pic.twitter.com/s5bfbh0VgE

Playwright, actor, director but above all a great human being, in Girish Karnad's passing India has lost a beloved son, whose memory will live on in the vast treasure trove of creative work he leaves behind.

My condolences to his family & fans around the world. pic.twitter.com/arE8f58ArA

Actor-politician Kamal Haasan remembered Girish Karnad as an inspiration: "His scripts both awe and inspire me. He has left behind many inspired fans who are writers. Their works perhaps will make his loss partly bearable."

Mr.Girish Karnad, His scripts both awe and inspire me. He has left behind many inspired fans who are writers. Their works perhaps will make his loss partly bearable.

Shabana Azmi, who co-starred with Girish Karnad in films such as Nishant and Swami, asked for privacy to mourn her friend of 43 years:

Deeply saddened to learn about #Girish Karnad. Havent yet been able to speak with his family. Its been a friendship of 43 years and I need the privacy to mourn him. I request the media to kindly excuse me from giving quotes. pic.twitter.com/XMTxTmHXIw

Anil Kapoor wrote of working with Mr Karnad in 2000 film Pukar. "His stories will remain forever in our hearts and minds," he tweeted.

I met Girish Karnad way back when he was the principal of the film institute & then worked with him in Pukar. He was a great man & playwright. His stories will forever remain in our hearts & minds. Sending my prayers & heartfelt condolences to his family. https://t.co/X7W6hF4A5t

Anupam Kher recalled an early role in 1984 film Utsav, which Girish Karnad directed. Kabir Bedi revealed that his big stage break came with a version of Tughlaq, directed by Alyque Padamsee and in which Mr Bedi played the lead.

Deeply saddened to know about the sad demise of Sh. #GirishKarnad ji. He was a great artist, scholar and a brilliant playwright. My first small appearance in the film Utsav was under his direction. Also acted in both #Tuglaq and #Hayavadan - plays written by him. On Shanti. pic.twitter.com/NiByXxJiSe

Deeply saddened by the passing of playwright Girish Karnad. My biggest break in theatre was playing the title role in his "Tughlaq", directed by Alyque Padamsee, which led me into the film industry in 1970s. One of India's great playwrights, immortalised by his creativity. RIP. https://t.co/GOEw42PXPW

Thoughts and prayers for Girish Karnad ji.. rest in peace.

Huge huge loss for the world of theatre cinema and literature!!! The creative world will always be indebted to him .we lost our https://t.co/uKRJPS31Yq GIRISH KARNAD SIR !!

RIP Girish Karnard ji. It was my honor to meet and work with you. I will always remember you kindness and gentle advise. You will be so missed.

One of the last of the truly renaissance human beings this country has given us. Rest in peace, #GirishKarnad . Strength and love to the family. @rkarnad

Girish Karnad leaves behind a magnificent body of work. He modernized Kannada theatre with plays such as Tughlaq and Hayavadana. Mr Karnad's works were translated into English and directed by theatre greats such as Ebrahim Alkazi and Alyque Padamsee. As an actor, Girish Karnad's finest work includes Kannada classic Samskara, Umbartha, Manthan, Nishaant, Swami and Anand Bhairavi. He also starred in Eighties TV series Malgudi Days and Indradhanush. Mr Karnad also directed films such as Vamsha Vriksha and Utsav.