The play is directed by Arjun Sajnani, who has worked on Girish Karnad's plays earlier as well. 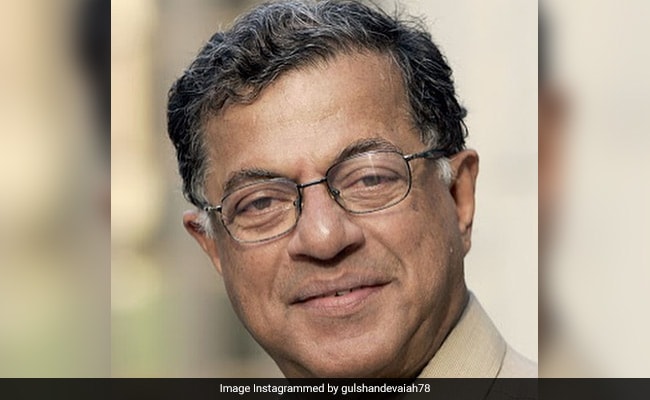 The very last play to be written by the late Girish Karnad is staging its first set of shows in Bengaluru this week. "Crossing to Talikota" is set in the Vijayanagar empire of the 16th century and follows the fate of Aliya Ramaraya - in keeping with the late playwright's fascination with historical and mythological themes.

The costume drama set is in keeping with the historical and mythological themes Girish Karnad loved so much.

The play is directed by Arjun Sajnani, who has worked on Girish Karnad's plays earlier as well. He told NDTV how it began in January this year.

"He (Girish) turned to me and said - I want you to read my play. I said - give it to me! Then he said - I must warn you it is really mega. That scared the hell out of me!"

Arjun Sajnani was very much in touch with Girish Karnad during his last months.

"Girish's passing was traumatic for me because this was the first time I had got to know him and work with him like this. And a brand new script. When does one get that honour?" Mr Sajnani said.

So what is the play about? Mr Sajnani said, "It is what leads to the battle of Talikota. What drives him (Ramaraya) to this self-destruction really, is so Shakespearean because it is hubris really that takes you there on a path of self-destruction. Kind of like King Lear. And you can't stop it. It is an irrevocable process."

The protagonist, Aliya Ramaraya, is a complicated man. He is played by veteran actor, Ashok Mandanna. He spoke to NDTV backstage and said, "The story isn't just about Vijayanagara. It is also about how Ramaraya brought it down. What were the flaws in the man that led to this. He was also arrogant. He had never lost a battle in 40 years. There is a lot of scope for emotion. Expressing yourself."

Playing Ramaraya's wife, Satyabhama, is Veena Sajnani. "My role is the concerned wife," she said. "Trying to stop him. As all wives do I am sure. But obviously he doesn't listen. But there is a relationship definitely. "

The actors are huge admirers of the late playwright.

Ashok Mandanna said, "Tughlaq moved me from the time I was in the National School of Drama. From that day on there was no doubt in my mind that he was not just one of India's but one of the world's best playwrights. (In this play) the locations move, the scenes move. He is not bothered about our problems! One poor guy comes straight from the battlefield. And in the next scene he is royal! So he has about 20 seconds to change!"

Veena Sajnani said, "He was supposed to be there. To be with us on opening night. Unfortunately that is not so. Girish was very special to me."

And are there nerves over this production?

Arjun Sajnani confessed. "I feel the biggest butterflies that ever lived on this earth! This is something I owe him and I just don't want to let him down in any way."

The first run of the English version is from October 2 to 6. The Kannada version of the play will also have its premiere later this month.