Ghoomketu Teaser: Nawazuddin Siddiqui And Anurag Kashyap Are On Search Missions In This Laugh Riot 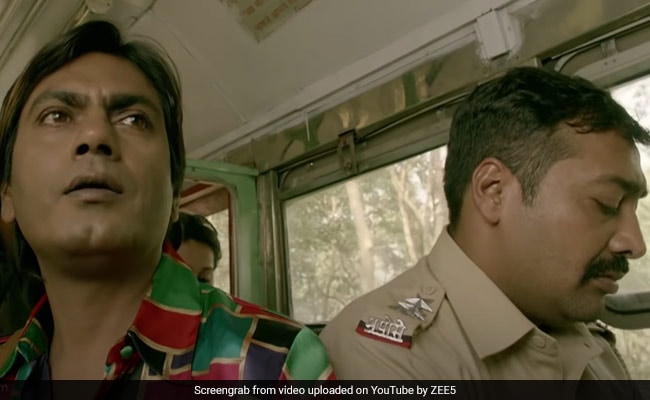 Ghoomketu teaser: A still from the film. (Image courtesy: YouTube )

Nawazuddin Siddiqui and Anurag Kashyap-starrer Ghoomketu is a complete laugh riot. The teaser of the comedy-drama dropped on the Internet on Friday and it has been trending since then. And why not? It has all the elements – from perfect comic timing to witty dialogues and on top of that, Nawazuddin Siddiqui's exemplary acting. Ghoomketu is also a bonus for the fans of Amitabh Bachchan and Ranveer Singh as the duo appear in cameo roles in the film along with actress Sonakshi Sinha. The teaser features Nawazuddin Siddiqui as an aspiring writer named Ghoomketu, who moves to Mumbai to make it big in the film industry, and Anurag Kashyap as a lazy cop, who is assigned the case of finding a missing person none other than Ghoomketu himself.

The teaser becomes more interesting when Ghoomketu visits a police station to file a complaint about his stolen scripts and reports to Anurag Kashyap's character, who is left shocked after seeing the missing person in front of him.

The film will stream on ZEE5 starting May 22. Apart from Ghoomketu, several other Bollywood biggies such as Amitabh Bachchan-starrer Gulabo Sitabo and Vidya Balan's Shakuntala Devi will also release directly on OTT platforms.