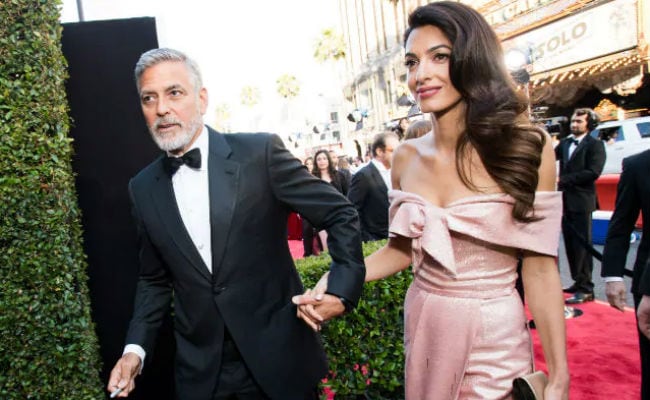 George Clooney's sister-in-law is about to serve jail time for drunk driving in Singapore. Tala Alamuddin Le Tallec, the older sister of human rights lawyer Amal Clooney, plead guilty on Monday to charges that included drunk driving and driving without insurance, according to the Straits Times in Singapore, reports foxnews.com. The fashion designer received three weeks of jail time for her offences.

Tala Alamuddin Le Tallec, a resident of Singapore, also received a $6.400 fine and had her license revoked for four years. The 47-year-old fashion designer had nearly three times the legal amount of alcohol in her system upon arrest.

According to the Straits Times, the arrest occurred at a police roadblock at around 2.30 am. Upon being stopped, Tala Alamuddin Le Tallec had trouble locating the car's handbrake and momentarily stepped on the gas pedal as she searched for her driver's license.

The Straits Times also noted that Tala Alamuddin Le Tallec has a history of driving offences. She was barred from driving for two years following a drunk driving conviction in 2013. Moreover, she was charged with "careless driving in 2010 and inconsiderate driving in 2004."

Tala Alamuddin Le Tallec 's lawyer, Shashi Nathan, said she was "genuinely remorseful" and had made a terrible mistake. She is currently the owner of Totally Tala, a fashion line that she started after working as an events planner.

(Except for the headline, this story has not been edited by NDTV staff and is published from a syndicated feed.)
Comments
george clooneyamal clooney

On A Suitable Boy Director Mira Nair's Birthday, A Pic Of Ishaan Khatter "Being Mollycoddled By Her"