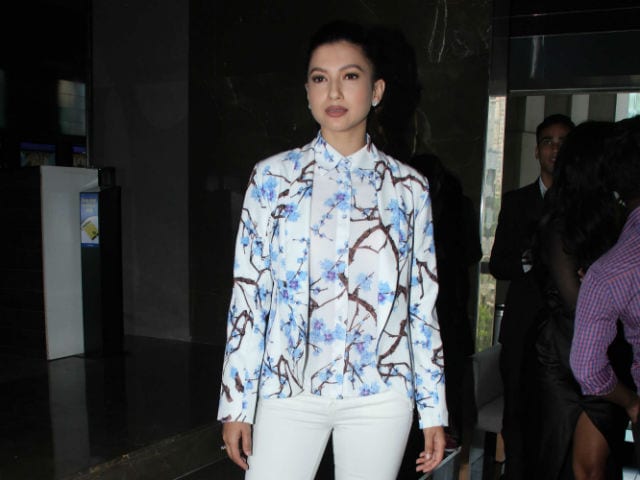 New Delhi: Actress Gauhar Khan, who portrayed the role of Rubina (a sex worker) in Srijit Mukherji's Begum Jaan, is thrilled with the appreciation she has received for her performance. In an interview to news agency PTI, the 33-year-old actress said that the film is turning out to as a 'career breakthrough' for her. "The last four days have been fantastic. After Rubina became a dream come true, now every second, every single minute, I have refresh my mobile message inbox. People who had not spoken to me for ages are now reaching out to me and telling me how moved they are by my performance. I feel I am lucky," PTI quoted Gauhar Khan as saying.

Begum Jaan is a remake of the 2015 Bengali film Rajkahini starring Rituparna Sengupta. Vidya Balan plays the lead role of a brothel madam in the film.

Gauhar Khan, who is 'thrilled' to be praised by filmmaker Mahesh Bhatt for her performance in Begum Jaan, told PTI: "I still remember after a very intense performance in a scene, Mahesh ji told me how generally most actors go over the top in the role of a sex worker demonstrating lots of physical movement. 'But Gauhar, unlike most actors, you were so unaware about your body you became my true Rubina, Maheshji told me'."

Gauhar Khan made her acting debut in 2009 with Rocket Singh: Salesman Of The Year, starring Ranbir Kapoor. She has featured in films like Ishaqzaade, Fever and Badrinath Ki Dulhania.

Speaking about her journey in the film industry, Gauhar Khan said that the length of the role doesn't dominate her choice of film. "I will do it all. I am glad that I can do it all. Any role that inspires me, not of any particular genre," PTI quoted Gauhar as saying.

Promoted
Listen to the latest songs, only on JioSaavn.com
Begum Jaan released in the theatres on April 14. The film has collected Rs 14.94 crore at the box office so far.