Yes, we're expecting to finally get that big faceoff with the Army of the Dead 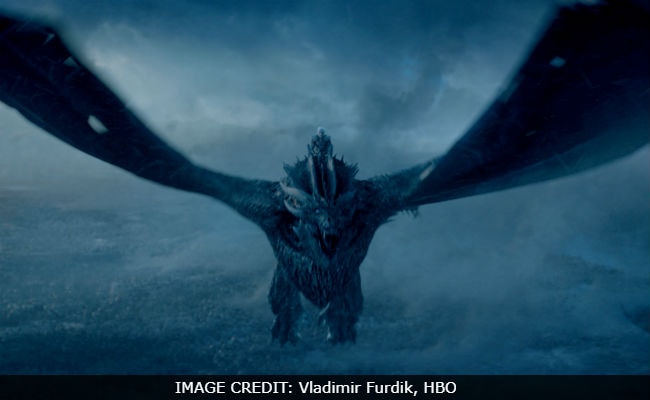 We finally know exactly when to expect winter to come.

HBO announced Tuesday that their hugely popular series Game Of Thrones will premiere in April 2019 for what will be its eighth and final season.

But before you get excited about a new trailer that gives a sneak peek of the drama to come: don't. The video announcing the premiere timeline is mostly a recap of the entire series so far, accompanied by a voice-over and hashtag (#ForTheThrone) to remind us what this is all about.

Basically, somebody better be sitting on that iron throne when all is said and done.

The last official news we received from HBO was nearly a year ago, when the premium network promised GOT would return in 2019. And while HBO always keeps its cards close to the chest, we do know a few things about this final season - which will air 20 months after the last time we saw any new episodes - and can make some educated guesses about what to expect.

How long will this season last?

The final season will just be six episodes long, which also makes it the series' shortest. Seasons 1 through 6 of the show each had 10 episodes, while Season 7 had seven episodes.

But the final season will also have longer-than-normal episodes, clocking in at 80 minutes each.

Despite the shorter run, it took 10 months to shoot the eighth season, and each episode cost around $15 million, according to Variety. Just think of all the battles, dragons and undead that can buy!

Just like Seasons 6 and 7, the show writers don't have the benefit of drawing upon George R.R. Martin's A Song of Ice and Fire series; the world still awaits the completion of the long-time-coming sixth installment, The Winds of Winter. (Remember when Martin said it'd come out in 2014? That was two midterms and a presidential election ago!)

What should we expect, plot-wise?

Entertainment Weekly went on set and revealed some basic plot points: In a callback to the start of the series, we'll see a procession into Winterfell, but it'll be with Daenerys and her army as they all hunker down for the threat north of the Wall. Also, Sansa is not happy about the whole Jon-bending-the-knee-to-a-Targaryen thing.

Also, we're expecting to finally get that big faceoff with the Army of the Dead, and a throwdown that made Battle of the Bastards, according to actor Peter Dinklage, "look like a theme park."

Who will be behind the camera?

Past Thrones directors have returned to shoot the final season. Season 8 directors include: showrunners David Benioff and D.B. Weiss, who will direct the series finale; Miguel Sapochnik, who directed the acclaimed The Battle of the Bastards episode; and David Nutter, who directed the devastating Red Wedding episode (The Rains of Castamere).

Based on that, we're bracing for some shocking deaths and massive, unbelievable battles.

What am I supposed to do once this is all over?

Get ready to watch more! Martin has said there are five Thrones prequels in development, and HBO has ordered the pilot for one.

"Taking place thousands of years before the events of Game Of Thrones, the series chronicles the world's descent from the golden Age of Heroes into its darkest hour," HBO said of the forthcoming prequel. "From the horrifying secrets of Westeros's history to the true origin of the White Walkers, the mysteries of the East to the Starks of legend, only one thing is for sure: it's not the story we think we know."

"We're not done with Westeros yet," Martin said backstage at the Emmys in September. "We have plenty of story to tell."