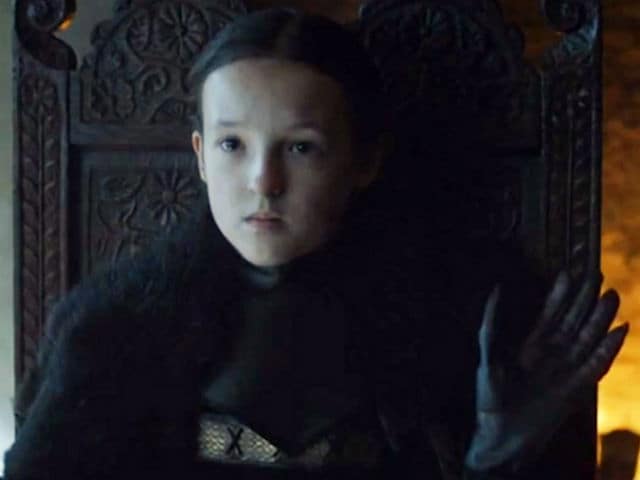 Bella Ramsey in Game Of Thrones

Los Angeles: British child actress Bella Ramsey, known for playing the role of Lyanna Mormont in Game of Thrones, will return to the fantasy drama TV series for the seventh season.

Bella won a legion of fans with her confident nature and stubbornness in season six and now it has been confirmed that Lyanna will return for the next season.

Bella has been spotted in full costume on the set of the HBO series, reports express.co.uk.

According to several images that have surfaced on the net, Bella can be seen leaving her trailer dressed as Lyanna, ready for filming.

In fact, actor Kristofer Hivju, who plays role of Tormund Giantsbane in the series, shared an Instagram photograph of himself with Bella, suggesting she would definitely be returning.

He wrote: "Look out for this one! Bella Ramsey portrays Lyanna Mormont with such a strength, authority and coolness! She's super cool and a highly professional actor in the age of 11! Can't tell you if our characters meet or not this season - but I can tell you this: you have so much to look forward to in season 7!"

Promoted
Listen to the latest songs, only on JioSaavn.com
The seventh season will air in India on Star World Premiere HD in the summer of 2017.