Game Of Thrones: Actors Who Played Hodor, Ned Stark Reveal What's It Like To Die On The Show

Dying on the HBO show, which returns for its final season April 14, can be a heartbreaking - yet sometimes hilarious - process. 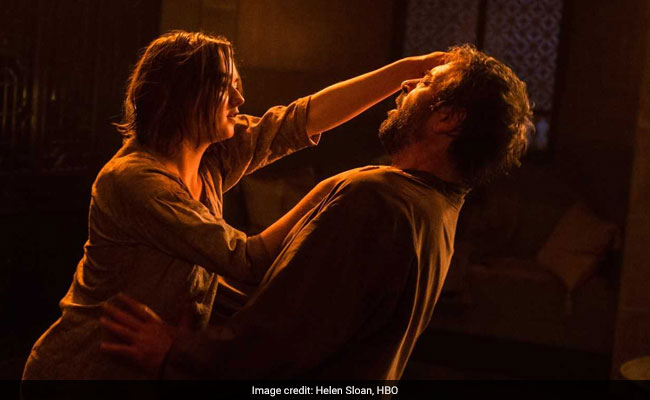 Meryn Trant (R) is one of many the characters who have died on GOT. (Image credit: Helen Sloan, HBO)

On the other hand, this was it. The end. It doesn't always happen this way, but Beattie's death scene was his final one on set. So as much as he wanted a hot shower, he also didn't want to hear the words director David Nutter was about to shout: "That's a series wrap on Ian Beattie."

"It absolutely broke my heart," Beattie says. "It hit me psychically, and thank goodness I was wearing prosthetics because nobody could actually see that I was crying."

Beattie is part of a not-so-exclusive club - actors who have been killed on the past seven seasons of Game Of Thrones. Ranging from anonymous extras to beloved main characters, they've all met a dizzying blend of violent departures - and have all had to adjust to life after working on one of the century's most popular shows. 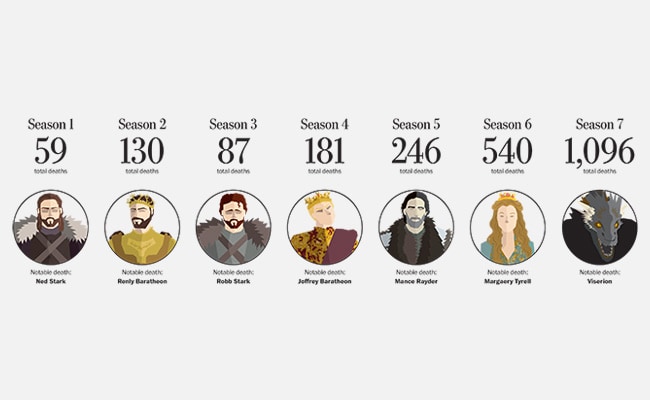 Game Of Thrones isn't the first series to dispense of seemingly indispensable characters, but it has been the most prolific. The show decapitated its main character, Ned Stark, in the first season and has basically played Whac-A-Mole with its cast since.

At least Sean Bean, who played the Stark family patriarch, knew it was coming, which seems to have helped lighten the mood.

"It was a quite funny day really," he says. "I think at one point I was walking around with my head in my hands having a bit of a laugh."

He found it refreshing that a show could have the courage to swiftly kill its hero. But even Bean could not anticipate what was to come: "I didn't realize just how brutal it would be in terms of actors being slaughtered."

And unlike Bean, many of those actors did not know when they'd be slaughtered. When a notable character is about to be sent to their grave, Game Of Thrones writers David Benioff and DB Weiss prefer to deliver the news themselves. Sometimes it happens over the phone, and sometimes it's a face-to-face meeting or dinner.

"It's a phone call you really don't want to take," Beattie says. "'Will you accept a conference call from David and Dan?' No, I bloody won't, thank you very much."

Sibel Kekilli was starting to think that maybe her character, Shae, who fell in love with Tyrion Lannister before betraying him in the fourth season finale, stood a chance.

"I was expecting Shae was going to die on the third season," she says, "and when I got the script I was like, 'OK, she's still alive.' "

So she went up to Benioff herself and asked if Shae was going to stray from her fate in the book and live.

Unfortunately not, he told her.

Kristian Nairn, on the other hand, suspected Hodor, the gentle servant who was able to say only his own name, would not make it to the series finale long before Benioff and Weiss broke the news to him. It felt inevitable.

"(Hodor) was kind of one of the fan favorites, and he was such a nice, sweet guy," Nairn says. "I just knew there was no way he was going to make it to the end." 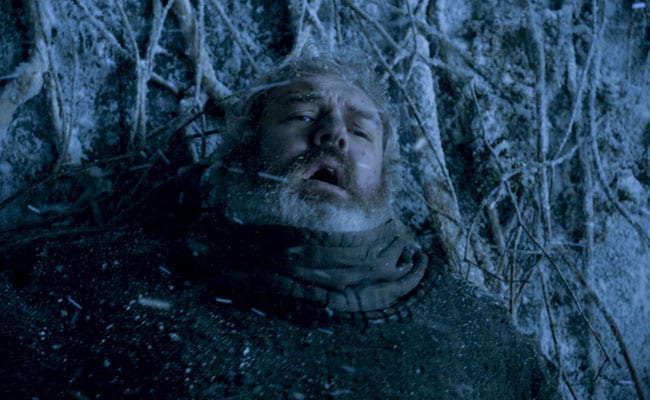 Dying can be a bit easier when you go onto the set with low expectations. Rob Ostlere holds the honor of being the first character to die on the show. About six minutes into the cold open, he's sliced by a White Walker, so he knew his time was going to be limited.

"To be honest, when you do those smaller parts, you're just happy to see yourself up there because sometimes those things can get cut," he says.

Of course, some deceased characters couldn't fade into the background, even if the actors wanted them to. Jack Gleeson, who played Joffrey Baratheon, easily the show's most hated character, told the media that he was through with big-budget television and film productions after he left Game of Thrones, citing his distaste with becoming a cultural obsession on and off-screen. He's since focused on smaller theater projects instead.

Brenock O'Connor, though, remained surprisingly cool when he found himself in a similar position. Despite auditioning for only a one-episode appearance in Season 4, O'Connor, who played Olly, worked his way into some of the show's biggest plot points, such as the killing of Ygritte and the shocking murder of Jon Snow.

That translated to more trouble off the set than on it.

"I hadn't even seen (the episode) when I received my first death threat," he says.

Later that same day, a high school classmate handed O'Connor his phone to show him a photo: "It was my face Photoshopped onto Hitler."

On set, the actors must - at least temporarily - ignore the hubbub surrounding the show and focus on dying their best death. Natalia Tena, who played Bran Stark's Wildling sidekick Osha, knew she had only so many takes to hit her mark after Ramsay Bolton stabbed her in the neck. If she couldn't nail it, they'd have to redo her prosthetic and scramble the entire day's schedule.

"It was the most technically intimidating scene I'd ever done," she says, "so I felt kind of elated when we got it."

O'Connor actually had fun performing his stunt. But his mother, on set because he was still a minor at the time, had much less fun watching her son's mock hanging take after take. (Nairn's mother also couldn't watch her son be torn apart by the White Walkers' foot soldiers. When she finally did, weeks later, she was still "very upset.")

When the director calls a wrap, reality sets in. Kekilli's death scene ended up being her final one on set, but it wasn't the final scene of the day. After it was over, the rest of the crew had to keep on working while she prepared to leave. And that was the hardest part - having to watch everyone move on without her.

"I think it's different ending all together, the whole show. Then you are not alone. But that day it was just me who had that last scene, and there was no time to really say goodbye and I felt, actually, really alone," Kekilli says.

She didn't watch the show until this past year. It was too hard. But then she couldn't take it anymore.

"Everyone was saying, 'Hey Sibel, a dragon died.' And I was like, 'What? Really?' It's like the whole world is watching Game Of Thrones, and you are the only one who is not part of this religion," she says.

She's almost caught up now and anticipating the final season. So is Beattie - even though he, too, was a bit of a mess in the days after leaving the set. He remembers it as a "genuinely awful" few weeks. He had trouble focusing on upcoming projects. He missed his friends.

He loves seeing his Game Of Thrones kin. He remembers running into Kristofer Hivju - the red-bearded actor who plays the (as of now) living Tormund Giantsbane - in the airport, sometime around Season 6. They'd never met during the show, but that didn't matter.

"We looked at each other, pointed and went up and gave each other a big hug. Because it was like he was part of the family. It's a remarkable bond," Beattie says. "And that'll never go away."