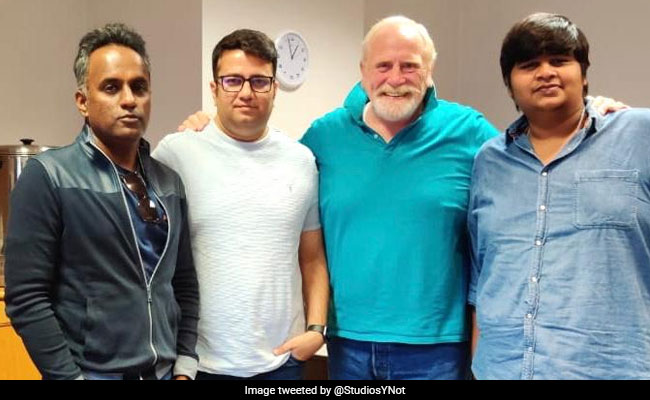 Months after the curtains were drawn on Game Of Thrones, the popular show found a spot on the trends' list, courtesy Dhanush. South film director Karthik Subbaraj, who is making a film with the Maari actor, tentatively titled D40, roped in actor James Cosmo, who played the role of Jeor Mormont in Game Of Thrones. James Cosmo's character was the 997th Lord Commander of the Night's Watch, who was often referred to as "The Old Bear" as previously he was the Lord of Bear Island before he joined the Watch. Ser Jorah, who died fighting for Daenerys Targaryen, was the son of Jeor Mormont.

Now back to Dhanush' film. Sharing a photo of James Cosmo, Karthik Subbaraj tweeted: "Welcome on board, James Cosmo sir! Very Happy, honoured and excited to work with an actor who starred in legendary creations like Braveheart, Troy, Game Of Thrones and many more."

Welcome on board @MrJamesCosmo sir!!

Very Happy, honoured & excited to work with an actor who starred in legendary creations like #Braveheart#Troy#Gameofthrones & many more@dhanushkraja@sash041075@Music_Santhosh@kshreyaas#D40#Ynot18https://t.co/qC0HcUo5vl

Karthik Subbaraj's introduction of James Cosmo (not that he needs one) does little justice to the veteran actor's legacy of films. His best known roles include Campbell in Braveheart and Angus MacLeod in Highlander. Also, remember he played Father Christmas in The Chronicles Of Narnia: The Lion, The Witch And The Wardrobe? James Cosmo also played significant roles in Troy, Wonder Woman and Malevolent.

Meanwhile, Dhanush has checked into London for the shooting of D40, which will go on floors soon. Producer S Sashikanth shared an update on Twitter:

Dhanush co-stars with Malayalam star Aishwarya Lekshmi in the Karthik Subbaraj film, which will mark her Tamil debut. Dhanush was last seen in Maari 2.