"I feel blessed to be part of such a meaningful film," said Gajraj rao 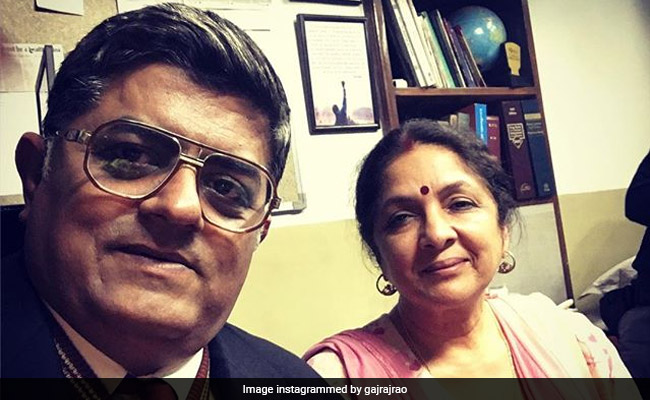 Gajraj Rao, who is currently basking in the success of his latest film Shubh Mangal Zyada Saavdhan, said that he started getting big roles post his performance in the 2018 comedy-drama Badhaai Ho. Speaking about his life after Badhaai Ho to news agency IANS, Gajraj Rao said, "After Badhaai Ho, more big and prominent roles started coming my way. Even the directors who never approached me started calling me. My life changed a lot after the success of Badhaai Ho. People showered so much love upon me, started recognising me. I feel blessed to be part of such a meaningful film. I am living the best second half of my life because of Badhaai Ho."

Badhaai Ho opened to glowing reviews from film critics post its release. In his review for NDTV, film critic Saibal Chatterjee gave 3.5 stars (out of 5) to Badhaai Ho and wrote, "Gajraj Rao, in what is by far his most protracted role in a Hindi film, is consistently convincing, oscillating between elation and embarrassment without missing a single trick. Neena Gupta is outstandingly measured in her interpretation of the woman grappling with the repercussions of an unplanned pregnancy. But perhaps the film's most impactful performance is delivered by Surekha Sikri as the crabby old woman who never shies away from speaking her mind."

Speaking of his equation with Neena Gupta, who has shared screen-space with Gajraj Rao in Badhaai Ho and Shubh Mangal Zyada saavdhan, the 49-year-old actor told IANS, "She is family now. I know her working style and she knows mine. So it has become easy for us to work with each other. We both share a very cordial relationship."

On the work front, Gajraj Rao is best-known for his performances in films such as Rangoon, Black Friday, No Smoking and Hazaaron Khwaishein Aisi among others. He will next be seen in Rajesh Krishnan's comedy drama Lootcase, which features Kumal Kemmu and Rasika Dugal in lead roles.