Belmondo, who first came to fame as part of the French New Wave cinema movement with films like Breathless by Jean-Luc Godard, went on to become a household name 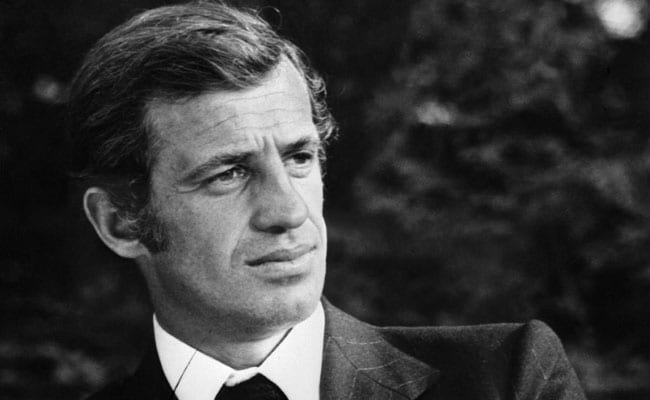 A file photo of Jean-Paul Belmondo from 1973 (courtesy AFP)

Actor Jean-Paul Belmondo, one of postwar French cinema's biggest stars whose charismatic smile lit up the screen for half a century, has died aged 88 at his Paris home, his family announced Monday.

Belmondo, who first came to fame as part of the French New Wave cinema movement with films like Breathless by Jean-Luc Godard, went on to become a household name, acting in 80 films covering a multitude of genres, including comedies and thrillers.

"He had been very tired for some time. He died peacefully," the family said in a statement sent to AFP by Belmondo's lawyer, Michel Godest.

Belmondo, who was born on April 9, 1933 in the wealthy Paris suburb of Neuilly-sur-Seine, grew up in a family of artists. His father was a well-known sculptor.

Belmondo, who was bad at school but good at boxing, started his acting career in theatre before embarking on a film career that was to span half a century, with 130 million cinema tickets to his films sold.

Known in France as "Bebel", Belmondo was also often called "Le Magnifique" (The Magnificent), after a 1970s secret agent satire in which he starred.

"He will always be The Magnificent," President Emmanuel Macron tweeted. Calling Belmondo "a national treasure", Macron added: "We all recognised ourselves in him".

Former president Francois Hollande said that "everybody would have loved to be friends with him", while ex-premier Manuel Valls called Belmondo "magnificent, solar, talented ... and so French".

Fellow iconic French actor Alain Delon -- both a friend and a rival of Belmondo -- said he was "completely crushed" by the news of Belmondo's death.

French director Bertrand Blier said "it was so easy to film with Belmondo. It's always easy with great actors."

French actor Richard Berry said of Belmondo that "he was everybody's friend" and Michel Boujenah, also a French actor, called him "our very own Eiffel Tower".

Spanish actor Antonio Banderas said that "this is a sad day for culture. A great actor and an icon of French and European cinema has left us".

Many others, including politicians, the French Foreign Legion and film fans the world over also paid homage to Belmondo on social media.

"It's impossible not to feel that this is the end of an era," tweeted Uruguay's national film library. "The world is mourning a monument of film," wrote a fan in Italy, Peter Patti, also on Twitter.

He later turned to film production, and returned to his first love, theatre.

Belmondo's acting career was cut short in 2001 when a stroke he suffered while on set left him handicapped.

Many of his films became international hits, and Time magazine in 1964 even declared Belmondo the face of modern France.

He won several lifetime achievement awards, in 2010 from the Los Angeles Film Critics Association, in 2011 at the Cannes film festival, and in 2016 at the Venice festival.

"His generosity, both as a man and as an actor, created some of film history's greatest moments," Cannes festival director Thierry Fremaux tweeted on Monday. "Thank you, Jean-Paul."

"Almost Time To Take That Pill": Priyanka Chopra Shares An Update On Matrix 4