"I have been broken inside. People around me didn't know till the time it started showing on my face," said Arti 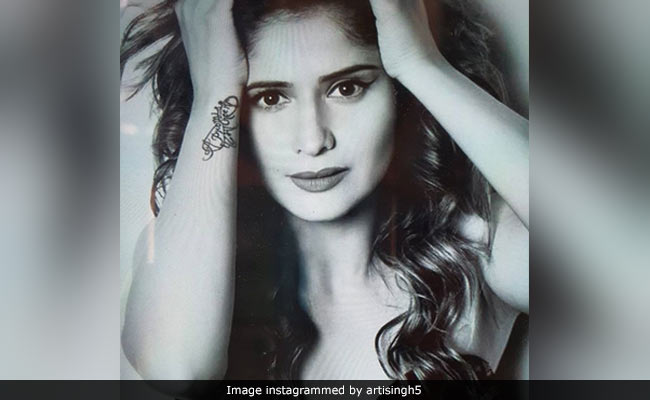 Former Bigg Boss contestant Arti Singh, in a recent interview with Times Of India, opened up about battling depression and revealed that she was "ashamed" to tell people about her depression because she feared they might judge her. Previously, Arti Singh spoke about dealing with depression on Bigg Boss 13 and revealed that people walked away from her due to her condition. Now, talking to the publication, Arti said: "I just hope that people in India are more sensitive towards depression patients. All people say for us are negative things. Itna usko negative bol diya jata hai that he or she starts feeling manhoos. Like whenever I used to go anywhere, I would be quiet and would think ki main toh manhoosiyat phaila rahi hoon. Being a depression patient is still a taboo in India. I was ashamed to tell people that I am depressed. I would always think ki log kya sochengey."

"When I was depressed, I used to think mujhse koi shaadi nahi karega if I tell anyone what I am going through," she added.

The actress, who has also worked in a couple of television shows, said that people around her did not know about her mental health until it "started to show on her face."

"I am no expert in mental health but there have been times when I had everything in life career-wise, but I have been broken inside. People around me didn't know till the time it started showing on my face. I was blessed to have people whom I could talk to and share with them what was happening in my life and they stood by me like a rock and didn't judge me," Arti told TOI and added: "A depression patient has to really pull himself to get out of the situation. Of course, people will listen to us, but in the end we have to help ourselves."

Arti Singh was among the six finalists on Bigg Boss 13, which concluded on February 15 with Sidharth Shukla as its winner. She has featured in a number of TV shows such as Grihasti, Parichay, Devon Ke Dev...Mahadev, Sasural Simar Ka and Udaan.