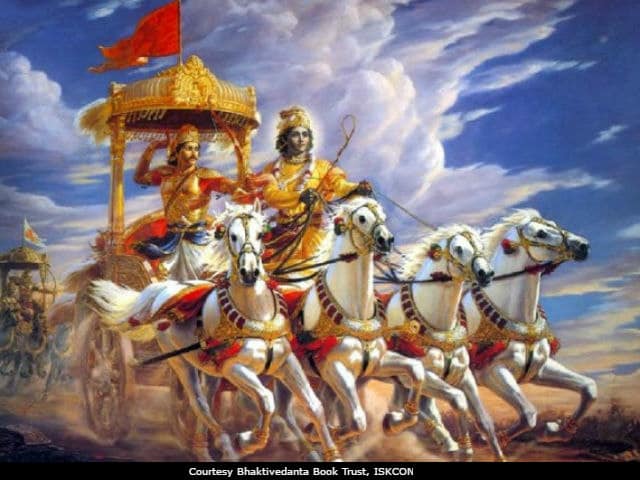 The film will be released in six languages (courtesy: Bhaktivedanta Book Trust, ISKCON)

Mumbai: A Gulf-based billionaire is planning to smash the record for the most expensive movie by splashing out Rs 1000 crore to make a film of the Hindu epic Mahabharata. The cost of producing the two-part extravaganza is set to dwarf that of Baahubali, which is biggest budget film to date at around Rs 450 crores. "I believe that this film will not only set global benchmarks, but also reposition India and its prowess in mythological storytelling," said businessman B R Shetty in a statement late Monday announcing the project. "I am confident that this film will be adapted in over 100 languages and reach over 3 billion people across the world," added the billionaire, who lives in the United Arab Emirates.

Filming is due to start late next year with the first instalment set to hit screens in early 2020, the statement said. It will be released in six Indian languages and dubbed for foreign audiences as well.

The blockbuster, which will be directed by south filmmaker V A Shrikumar Menon, will be the latest retelling of the Mahabharata, an ancient Sanskrit story about a battle between feuding princes which includes the Bhagavad Gita.

Promoted
Listen to the latest songs, only on JioSaavn.com
It has had many screen adaptations, including a highly successful television series in the 1980s, and inspired a number of films.

The announcement comes before the release next week of the second and final instalment of Baahubali, a Telugu- and Tamil-language film featuring elaborate battle scenes. The combined cost for the two parts was about Rs 290 crore. While budgets for India movies are rising they are still well short of those in Hollywood, where a blockbuster often costs more than Rs 1292 crore million to make.