For Aamir Khan's Thugs Of Hindostan, Fans Are Ready To Fly Down From China

Aamir Khan has a huge fan base in China, courtesy the success of some of his recent films there 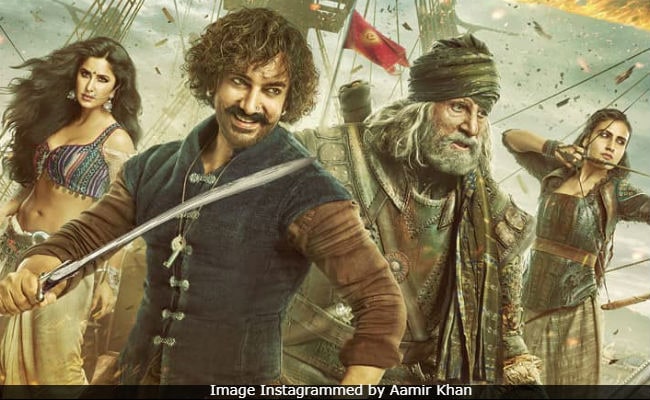 Superstar Aamir Khan has a huge fan base in China, courtesy the success of some of his recent films there. As Aamir is now prepping for the release of his much-anticipated film Thugs Of Hindostan, a surprise awaits. His fans from China will fly down to India especially to watch Thugs of Hindostan, said a statement. Indian films get released in China much later and hence, these fans are excited to come and watch Thugs Of Hindostan right when it hits the screens. Last week, Aamir also met a top official from China's film regulator in Beijing and discussed cooperation between both the countries in making films, news agency IANS reported.

During an event in Kolkata some months ago, Chinese Consul General Ma Zhanwu declared that Aamir is one of the most-loved international stars in China. "Aamir Khan is very much loved, adored and respected in China," IANS had quoted him as saying.

Meanwhile, in an interview to NDTV earlier, Aamir had said, "Credit for my stardom in China goes to the movie fans in China. I didn't have any strategy to make a market for myself in China. It happened organically, people started watching my films and started enjoying them so all the credit goes to the people of China."