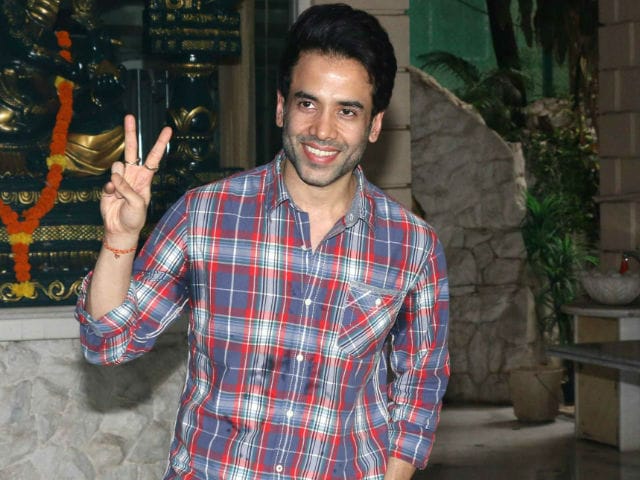 New Delhi: We have Ekta Kapoor to thank for the first picture of her brother Tusshar's newborn son, Laksshya. On Monday, Ekta tweeted an adorable picture of the youngest Kapoor with his grandfather, veteran actor Jeetendra.

Laksshya Kapoor was born last week via In Vitro Fertilization or IVF and surrogacy. Tusshar Kapoor, 39, is a single father and revealed that he was inspired to parenthood by director Prakash Jha, who he met on a flight and was told that "this is a way also to have a family."

"My son looks exactly like me. So, it makes me very, very happy and I don't have words to express how excited or how joyous I am," said a thrilled Tusshar after making his baby announcement on Monday. "I will be turning 40 in a few months. I feel that I am in the right stage of my life to be a single parent," he said also.

The Kapoors will be helping the actor be a hands-on dad. "I am the caretaker, me and my parents and Ekta. I have been learning for the last nine months," said Tusshar.

Tusshar Kapoor's statement announcing Laksshya's arrival read: "I am thrilled to be a father. The paternal instincts in me have been overpowering my heart and mind for some time now. Therefore, I am thrilled beyond words to have Laksshya, now the greatest source of joy in my life."

Tusshar Kapoor, who made his debut in Bollywood with Mujhe Kucch Kehna Hai in 2001, is the star of films like Kucch To Hai, Kyaa Kool Hai Hum, Golmaal 3 and Shootout at Wadala. He was last seen in Mastizaade.