First Look: Kangana Ranaut in, But Not as, Simran 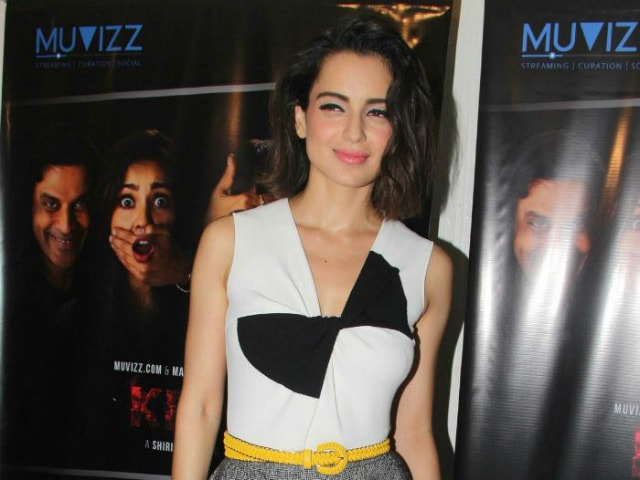 New Delhi: Actress Kangana Ranaut is diversifying her resume - after having played a supermodel in Fashion, a middle-class Punjabi in Queen, a modern young woman in Katti Batti and the headstrong Tanu from Kanpur, here she is as NRI Gujarati Praful Patel in the first look of director Hansal Mehta's Simran.

But who is Simran? We don't have the answer yet but the film is reportedly based on the true crime story of an NRI who robbed banks to pay off gambling debts.

Simran is scheduled to begin shooting in USA in August.