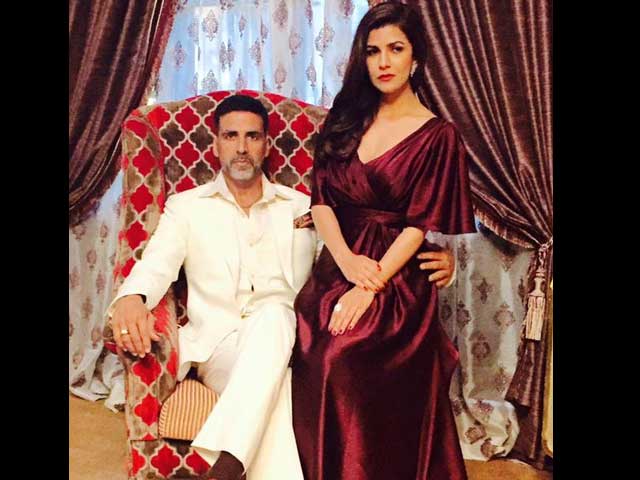 Akshay is all business in a white suit while Nimrat perches next to him in scarlet satin.

Akshay reportedly plays a wealthy Indian businessman who controls a large conglomerate in Kuwait with Nimrat as his wife.

Airlift, produced by Nikhil Advani, is set in the backdrop of the Gulf War of 1990, and focuses on the turmoil during the evacuation of Indians trapped in Kuwait.

Promoted
Listen to the latest songs, only on JioSaavn.com
On February 21, actress Nimrat Kaur announced on Twitter that shooting had begun.

Seated and buckled up ! #AirliftTheMoviepic.twitter.com/xYAAfMpnCi

Airlift, directed by Raja Menon, is set to release in 2016.