First International Film To New Bollywood Project: The Reasons Why Dhanush Is Trending 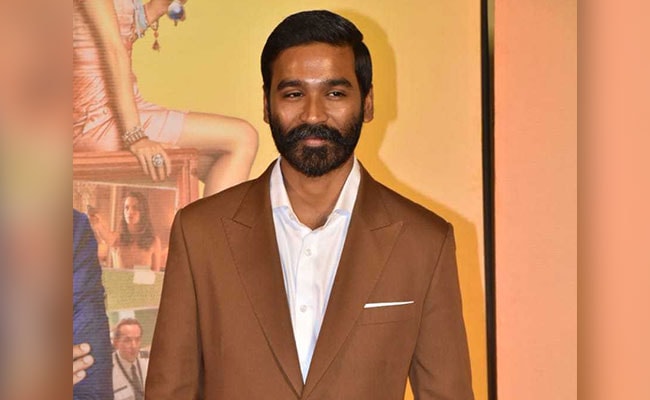 Dhanush photographed at the trailer launch of The Extraordinary Journey Of The Fakir in Mumbai.

Tamil actor Dhanush has been trending incessantly all of Tuesday and for more than just one reason. The 35-year-old actor found one of the top spots on the list of trends after the trailer of his first international film The Extraordinary Journey Of The Fakir hit the Internet. Another reason that the actor is trending big time is because he announced a project in which he will reunite with his Raanjhanaa director Aanand L Rai for a Bollywood film (but more on that later). Dhanush shared the trailer of the film on Twitter and he wrote: "For my fans, the fakir comes home. Presenting the trailer of The Extraordinary Journey Of The Fakir."

For my fans, The Fakir comes home! Presenting the Trailer of #TheExtraordinaryJourneyOfTheFakir#TEJOTFtrailerhttps://t.co/42RQl4vPLh#Pakkiri@kenscottfakir@berenicebejo@erinmoriarty_@RealBarkhad@FakirOfficial@MCapitalVenture@GRfilmssg@ZeeMusicCompany@LRCF6204

The Extraordinary Journey Of The Fakir, as the name suggests, showcases the "extraordinary" journey of a street smart magician named Ajatashatru Lavash Patel (played by Dhanush), who decides to go to Paris and thus begins the comedy of errors. The film has been directed by Ken Scott and it is slated to release on 21 June. The film is based on Romain Puertolas' novel of the same name. Besides Dhanush, the film also stars Berenice Bejo, Erin Moriarty, and Barkhad Abdi among others.

Take a look at the trailer of The Extraordinary Journey Of The Fakir here:

Meanwhile, Dhanush, who interacted with the media at the trailer launch of the film on Tuesday in Mumbai, told news agency PTI: "ll be teaming up with Aanand L Rai some time. I will be doing a Hindi film, it'll be announced soon." Dhanush and Aanand L Rai have earlier worked together in the 2013 film Raanjhanaa, co-starring Sonam Kapoor, Swara Bhasker and Abhay Deol. The film marked Dhanush's Bollywood debut.

Dhanush's last release was the 2018 Tamil film Maari 2. The actor also has Enai Noki Paayum Thota and Asuran in the pipeline.