Final Game Of Thrones Episodes To Be Very Pricey. What That Means For Viewers

Each episode of Game of Thrones will cost around $15 million, according to Variety. To give some frame of reference, the series cost about $6 million per installment in its early days 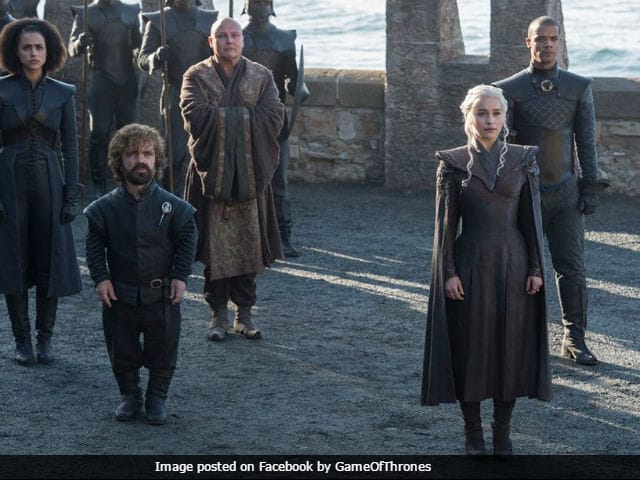 A still from Game Of Thrones (Image courtesy: GameOfThrones )

Washington: HBO is shelling out major cash for the final season of Game of Thrones. Each episode will cost around $15 million, according to Variety. To give some frame of reference, the series cost about $6 million per installment in its early days. More recently, it's reached the upper end of the television budget spectrum, matching Netflix's The Crown with a per-episode budget of $10 million.

So this is a pretty substantial jump, but what does a 50 percent increase in budget mean for the audience? HBO is famously tight-lipped about keeping plot developments under wraps, so we can only guess. But we have a few ideas.

The final season is only six episodes, but each one will be at least 80 minutes. Since GoT episodes typically tend to hover around 50 minutes - with the occasional much-longer exception - it makes sense that the final episodes, which are about 50 percent longer, would also be 50 percent more expensive.

Remember when Game of Thrones first started with a cast that included "that angry guy from 'Elf' " and "the queen from '300' "? Well now those actors, and the rest of the cast, are household names with a few awards and many nominations between them.

Salaries have reflected the success, with the top five - Peter Dinklage, Lena Headey, Kit Harington, Emilia Clarke and Nikolaj Coster-Waldau - commanding the same high pay, which is ... well, a bit of a mystery. But somewhere between $500,000 and $2.5 million per episode.

Big action scenes are pricey to film. Showrunners D.B. Weiss and David Benioff had to plead for an extra $2 million back in Season 2 to capture the Battle of the Blackwater. Those episodes also take longer to shoot. While a typical installment might require a week or two, the Battle of the Bastards, for example, took 25 days.

If the Season 7 finale gave anything away about what's to come, it's that action will abound. The White Walker army decimated the Wall and is on the move: The war between the living and the dead is afoot. It's not going to be easy for this season's directors, but the action has to surpass the Battle of the Bastards, Hardhome, the Loot Train battle and every other impressively filmed conflict that's come before.

Now that the White Walkers have an undead Viserion at their disposal, we can expect not just stunning shots of fire-breathers taking out entire armies of men, but also the inevitable, epic dragon-on-undead-dragon clash to come.

- More of the undead

The White Walkers and their followers used to show up periodically to remind us that Game of Thrones was secretly a zombie show. A couple of appearances a season was a cost-effective way to hint that the real war had nothing to do with the Iron Throne. But this season is different. That real war has finally come to Westeros, which means the wights - and all the extras and special effects they entail - will be the expensive main attraction.

We know that giants are a big-ticket item, because back in Season 6, Battle of the Bastards director Miguel Sapochnik told Business Insider he had to make a budgetary choice for that episode: include Wun-Wun or Jon Snow's direwolf, Ghost. (Wun-Wun won.) Well, Wun-Wun is no longer with us, but the White Walkers have some undead giants in their midst, who will no doubt be very effective brawlers.

Maybe now that the budgets are bigger, directors won't have to choose between giants and direwolves. Of course, the Stark's trusty pets are dwindling - we're now down to just Ghost and Arya's estranged Nymeria. But now that Nymeria is leading her own pack, maybe she can recruit her furry friends to help defend Westeros.