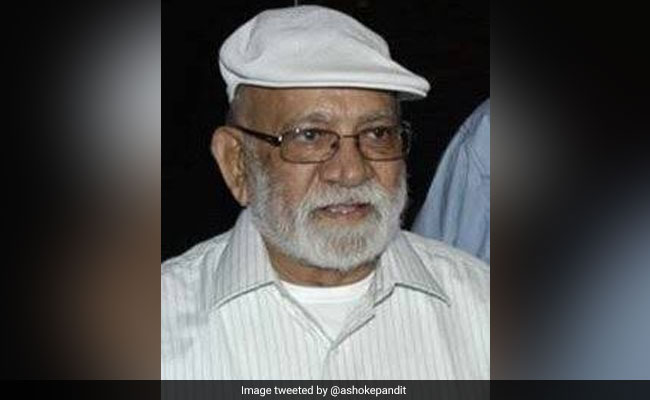 Filmmaker Ashoke Pandit told IANS that Lekh Tandon was bed-ridden for the last five to six months and died at 5.38 pm on Sunday. "Sad to know about the demise of one of the finest TV and film directors, Lekh Tandon ji. Your work is immoral. Will miss U. #RIP," he tweeted.

Speechless 2 see #LekhTandon ji A legend of #Cinema & #TV lying down with a smile on hs face as if he will just get up nd say #Action. #RIP. pic.twitter.com/JmNKpTXds0

I was lucky to do 2 beautiful films with #Lekh Tandon - Ek Baar Kaho and Doosri Dulhan a filmabout surrogacy way ahead of its time. Respect

Very VERSATILE Director who gave several HITS!
Was privileged to work with u in Swades!
Will always miss ur gentleness Sir! RIP #LekhTandonpic.twitter.com/B4m1M96Cjc

goodbye #LekhTandon Extraordinary film maker/story teller of his times. Never ever refused an actor at his doorstep some warmth advice n tea

His funeral will be held in Powai on Monday afternoon.