Filmfare Awards 2019 Highlights: There was an epic hug between Ranbir Kapoor and Ranveer Singh 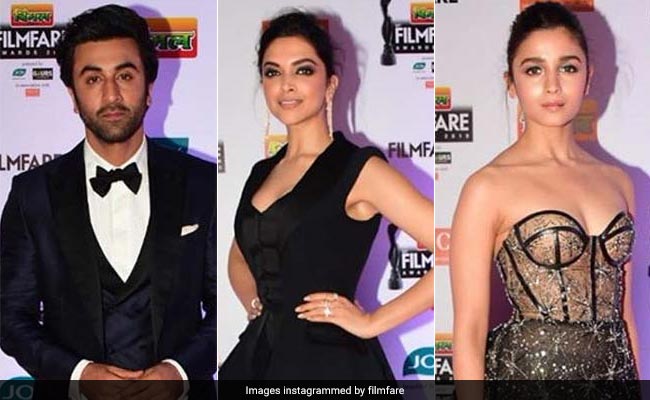 At the 64th edition of the Filmfare Awards, Alia Bhatt's Raazi won Best Film and Ranbir Kapoor also won Best Actor for Sanju but ahead of that, all eyes were on the quartet, who have been chilling together at events lately. We are talking about Alia Bhatt and rumoured boyfriend Ranbir Kapoor and also Ranveer Singh and his wife Deepika Padukone. The four were spotted chilling in the front row at Bollywood's biggest award night, as seen in pictures tweeted by Filmfare. There was also an epic hug between Ranbir Kapoor and Ranveer Singh. The Filmfare Awards was full of masti, matargashti, spunk and glamour. Here are some of the highlights from Saturday's event, as has been shared by Filmfare on their social media pages.

Thoda gupshup ho jaye with Deepika Padukone, Ranbir Kapoor and Alia Bhatt. Can you spot Ranveer at the back?

Janhvi Kapoor made her debut stage performance with Shah Rukh Khan and Mouni Roy! She looked absolutely gorgeous in a soft gold ensemble. 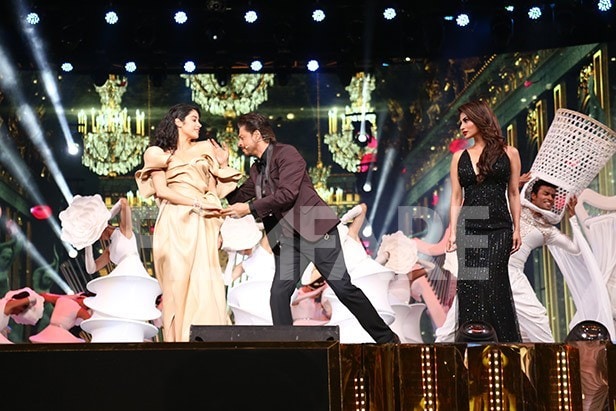 A segment on the show was dedicated to a hear-warming tribute to Sridevi. Boney Kapoor and Karan Johar escorted Sridevi's daughters Janhvi and Khushi while exiting the stage after the shraddhanjali.

The family of the late #Sridevi snapped after the shradhanjali of the late actress. #VimalFilmfareAwards#VimalElaichipic.twitter.com/WaxmDhbo92

Vicky Kaushal, who scored an award in the Best Supporting Actor category for Sanju, paid tribute to megastar Amitabh Bachchan with his dance performances. Take a look:

Kriti Sanon set the stage ablaze with her blockbuster performances:

.@kritisanon sets the stage on fire at the #VimalFilmfareAwards 2019. #VimalElaichipic.twitter.com/j3cTTw4ztG

We merely got a glimpse of Shah Rukh Khan and Rajkummar Rao on the stage.

Bollywood's biggest award night - the 64th edition of the Filmfare Awards - ended on a celebratory note for Team Raazi, which went home with as many as five of the black statuettes. Ranveer Singh won Best Actor Critics' Award for Padmaavat while Ranbir Kapoor won Best Actor for Sanju.