The actor shared the note along with a lovely throwback photo of the duo. 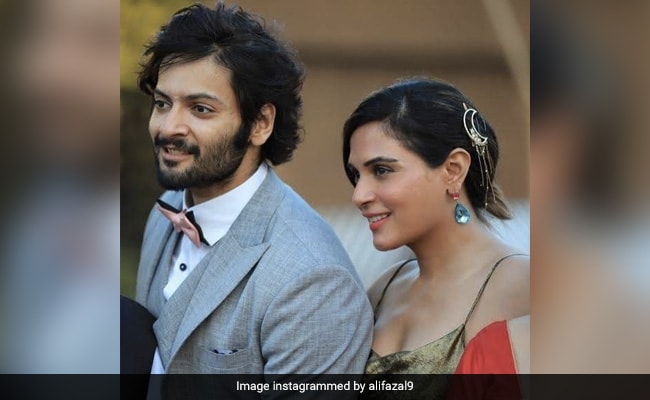 Actor Ali Fazal is a charmer. Thanks to his magnetic on-screen presence and his cherry off-screen demeanour, it is no surprise that the actor is a favourite among fans. And just as we thought Ali Fazal could not impress us any further, he has gone ahead and penned a poetic note for his girlfriend, actress Richa Chadha. If you are wondering what special occasion prompted the move from Ali Fazal's end, let us tell you that it was just another, a regular day that the actor turned special with his act. The inspiration was simply the fact that Richa had failed to pick up his call. Well, who said you needed a special occasion to charm your better half? Definitely not Ali Fazal.

Sharing a photo of the couple from a few years ago, he wrote, "When we dressed up to champion people to live good lives..."

And to make your job easier, we have decided to translate Ali's note for you. In the post dedicated to Richa, he wrote, "Richa Chadha, pick up the phone, my love. On that note, I say- ' Phone arise, the sim sima phone. Cities change, appointments hold us down, the happenings on the journey of love keep you more informed. These are things of the past, brother... and I pray that the conflict remains, but the joy I obtain from indulging in conversation with you or the happiness I feel, that is but possible elsewhere. An unabashed calm descends on my face. Yes, at times I converse with myself in between reflections, but that is, in a way, narcissism in itself. It is better we do not discuss that at all. Perhaps it may help if one ever ventures into politics. For now, I will court you; there, I have said in writing. "

He ended the note with, "Ok goodbye, fiaaaaaaansss! Abey phone utha (Pick up the phone)."

Praising Ali Fazal for the note, a fan said, "Hahahahaha quite a way to make someone pick up your call." Many others felt that his lines were extremely poetic and reflected the actor's ability to reflect and introspect.

He also shared another photo of the actress on his Instagram Stories and could not stop gushing about how floored he was by Richa's beauty. He wrote, "...I get to say you're mine mine, oh so mine." 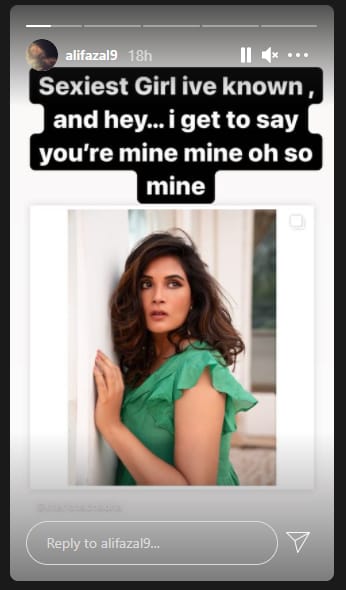 Take a look at some of the other photos of the couple.

Ali Fazal is best known for his roles in the films Happy Bhag Jayegi, Bobby Jasoos and the Fukrey series. He also starred in the Hollywood films Victoria And Abdul and Furious 7.