Fatima Sana Shaikh in Thugs Of Hindostan: "Through a rigorous round of auditions and action workshops, we found in Fatima a truly dedicated actor and a gifted performer of action," said the director 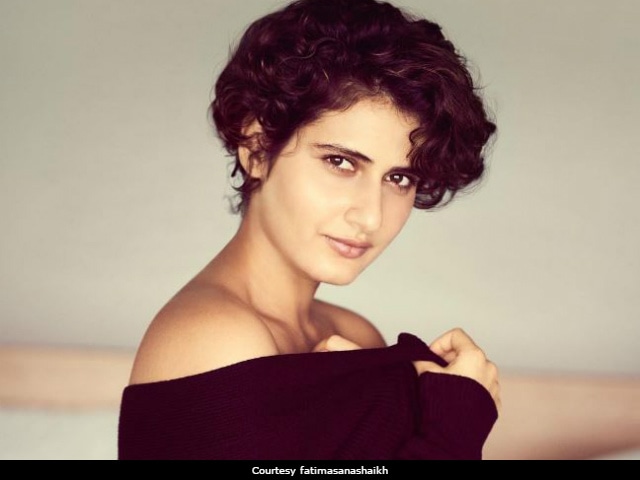 A picture of Fatima, reported to be from a look test, went had gone viral (courtesy fatima)

New Delhi: It's confirmed. Fatima Sana Shaikh will share screen space with Aamir Khan in Thugs Of Hindostan. Team Thugs Of Hindostan has roped in the 25-year-old actress to co-star with Aamir, for the second time after Dangal, and Amitabh Bachchan, with whom she collaborates for the first time. Yash Raj Films, who produces the mega project Thugs Of Hindostan, announced the new cast inclusion with a statement on their official website. The much-awaited Aamir Khan-Amitabh Bachchan collaboration will be helmed by writer-director Vijay Krishna Acharya, with whom the 52-year-old actor has previously worked in Dhoom 3. Thugs Of Hindostan marks Fatima's second Bollywood film - she made her debut as Geeta Phogat, one of the two wrestler sisters in the Nitesh Tiwari-directed biopic Dangal.

Filmmaker Vijay Krishna Acharya revealed that Fatima has been zeroed in for the role as she perfectly suits the character of a rigorous action heroine. "The role of the girl is pivotal to the film so it was crucial for us to find the perfect fit. Through a rigorous round of auditions and action workshops, we found in Fatima a truly dedicated actor and a gifted performer of action. We are very happy to have found the perfect girl for our film," Mr Acharya said in a statement.

Meanwhile, Twitter is excited about watching Fatima and Aamir on the big screen again, and simply can't wait:

Earlier this year, a photograph of Fatima dressed as a warrior and reported to be from a look test for the film, went crazy viral.

Promoted
Listen to the latest songs, only on JioSaavn.com
Previously, fans were delighted at the prospect of Fatima's second time collaboration with Aamir, when Fatima had addressed speculation in a statement to news agency PTI. "What should I say? All I know is that a film named Thugs of Hindostan is being made. I am not playing any role. If I get it then good. Someone please give me a role in that film I want to do Thugs of Hindostan," said the Dangal actress.

Thugs Of Hindostan is scheduled to go on floors in June and will hit screens on Diwali next year.