Farhan to Release Raees on Eid, Says 'Salman Will Decide About Sultan' 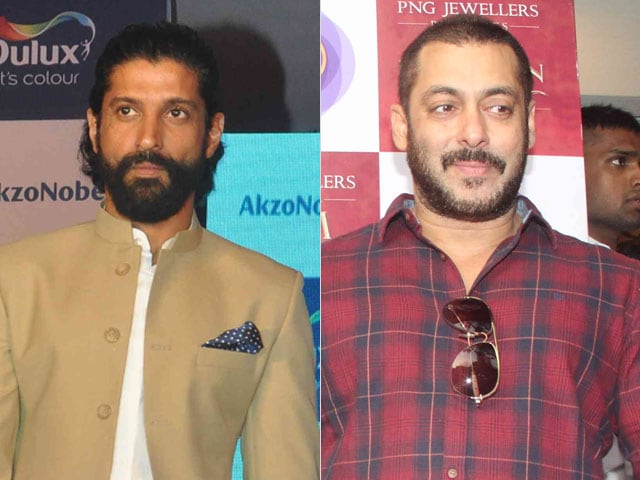 Mumbai: Actor-producer Farhan Akhtar said that he hopes that the business of the two movies, Shah Rukh Khan's Raees and Salman Khan's Sultan, which are releasing at the same time, would not be affected.

Action-drama Raees, produced by Farhan's Excel Entertainment and directed by Rahul Dholakia, is slated to release on Eid 2016, the same time as filmmaker Aditya Chopra's Sultan.

When asked if the big clash will really happen, Farhan told PTI, "That we will see. Let the date come around. We are releasing our film on Eid. Will they also release the same time that Salman Khan will decide."

Commenting on if he thinks the business of the two movies will be affected, the filmmaker said, "I would hope not."

According to Farhan, however, the clash will be great fun for the audience.

"I think it will be great for the audience. They will have a wonderful Eid," he said. (Also Read: Ritesh Sidhwani on Raees, Sultan Clash: We'll Sit and Talk)

In 2006, Shah Rukh's Don released alongside Salman's Jaan-E-Mann. Don became a superhit, while Jaan-E-Mann failed to create magic at the box office.

In Bollywood, festive releases are often booked by the Khans, but this is what Farhan said: "There is no such thing called blocking a date. You can't block a date. Anyone can release their film on any day if they want to. And if not, then it's their choice. I don't believe in that. I don't think those people believe in that either."

"If you have a festive release date, it is easier to recall. Like Raees is releasing on Eid, but one doesn't know what date Eid is. So there is an association that happens with it," he said.