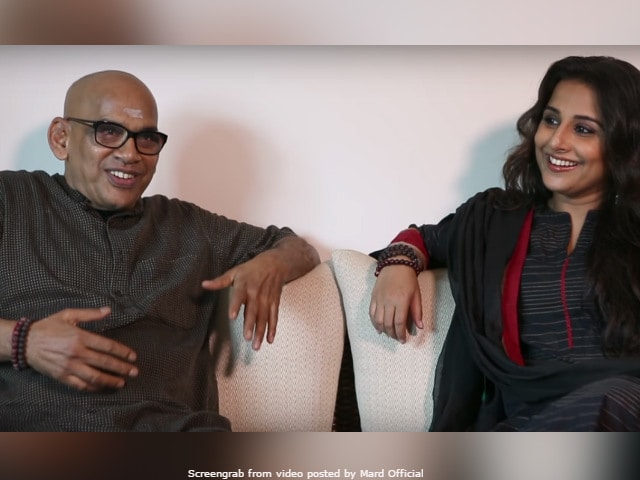 New Delhi: Farhan Akhtar released a heart-warming short film featuring Vidya Balan and her father P.R Balan on Father's Day and Bollywood has everything nice to say about it. Describing the short film, Amitabh Bachchan said it is "a moving pertinent strong statement." Karan Johar, who loved and shared the link, wrote: "Beautiful and motivating film on Vidya Balan and her father made by the Mard Official initiative". "A must watch this Father's Day! So moved, inspired, empowered and filled with love after watching this. He is just like my dad," tweeted Shraddha Kapoor. Dia Mirza had only simple words to say about the project. "Thank you for doing this," she wrote on Twitter. While Varun Dhawan cheered for the inspirational video, Neha Dhupia dedicated it "to all dads who raise their girls to champion their dreams."

Here's how Bollywood rooted for the short film:

T 2459 -A short film on Vidya Balan and her Father, made by Farhan Akhtar .. a moving pertinent strong statement ..https://t.co/3L9jB9cBpypic.twitter.com/hMkUQ5G2Yq

Beautiful and motivating film on Vidya Balan and her father made by the @MardOfficial initiative https://t.co/zBhjtAyINd@FarOutAkhtar

A must watch this Father's Day! So moved, inspired, empowered & filled with love after watching this. He is just like my dad https://t.co/9puBYcjjqb

In the video, Vidya's 71-year-old father takes us to the time when he started his career as a typist with a salary of just Rs 60. He also opens up about his struggle when his career was interrupted and Vidya came to the rescue. Mr Balan also reveals how Vidya chased her dreams and succeeded in the realm of films, an industry known to be primarily dominated by men.

Vidya, who also joins Mr Balan in the Vidya, reveals his father is the real hero, who always believed in her. "I'm sure he had the fears because of the big, bad world of cinema but he never once discouraged me. He always said, whatever you do, do to the best of your abilities. The best things about my parents is that they never had preconceived notions about anything.

Promoted
Listen to the latest songs, only on JioSaavn.com
Watch the short film here:


The short film is a project by MARD, the social initiative which aims at gender equality and is headed by Farhan Akhtar.