Farhan Akhtar On Aunt Daisy Irani's Rape At 6: 'Heartbroken, But Proud She Spoke Up'

"This should serve as wake up call for the film and TV industry. Be aware. Be warned," said Farhan Akhtar about Daisy Irani's rape at 6 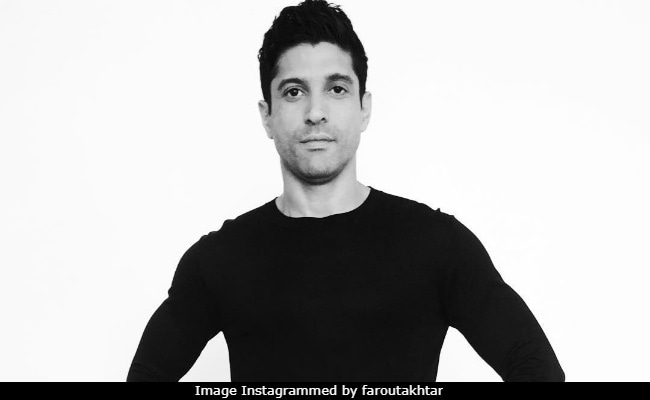 New Delhi: After 66-year-old actress Daisy Irani revealed she was raped when six years old, her nephew Farhan Akhtar tweeted to say that as much as he is "heartbroken" to have learnt about it, he is rather "proud" of his aunt too. Daisy Irani is Farhan Akhtar's mother Honey Irani's sister. In a recent interview with Mumbai Mirror, Daisy Irani said she was raped in a hotel room by a "guardian", who was appointed by her mother to accompany Ms Irani on an outdoor shoot when she was all of six. "Heartbroken upon reading this article but proud that my aunt Daisy Irani spoke up. It's tragic to see parents push their kids to breaking point in order to achieve success vicariously through them," read Farhan Akhtar's tweet.

"This should serve as wake up call for the film and TV industry. Be aware. Be warned," the actor-filmmaker added in his tweet. Daisy Irani starred as a child artiste in movies like Hum Panchhi Ek Dal Ke, Naya Daur, Boot Polish and Jagte Raho.

Farhan Akhtar was born to veteran lyricist Javed Akhtar and his first wife Honey Irani. Javed Akhtar also has a daughter Zoya Akhtar, who has directed Farhan in several films. Javed Akhtar is now married to actress Shabana Azmi, with whom he has no children.

Earlier on Friday, Daisy Irani's interview to Mumbai Mirror made her feature on the day's list of top trends. 66-year-old Daisy Irani said she can only "recall the incident in flashes" but "I do remember the killing pain, and the visual of him belting me." Revealing that the man was well-connected to the film industry and that she was threatened to keep silent, she told Mumbai Mirror: "The man who did this was supposed to be my guardian. He accompanied me to a film shoot (Hum Panchhi Ek Dal Ke) in Madras. One night in the hotel room he violated me, hit me with a belt and warned me that he would kill me if I ever told anyone about what had happened."

Daisy Irani also added that her mother, who was "hell-bent on making her a star", got to know about the incident several years later and that the man is no longer alive now.

"Child actors have it tough. In a majority of cases they have been taken advantage of. Maybe a few have had it easy, but most don't, really," she added in her Mumbai Mirror interview. She also opened up about another incident when she was made to dress up by her mother before meeting a producer.

"When I was 15 or so, my mother made me wear a sari, padded me up with a new-fangled sponge, and left me alone with producer Mallikchand Kochar, who was planning a film called Mere Huzoor then, at his office. It was all quite hilarious... He joined me on the sofa, and started touching me... I knew what was on his mind. I took out the sponge things and handed them to him. He was furious. Now why did I do that? Because, I've always seen the funnier side of things," she told Mumbai Mirror.