Read inOther Languages
This Article is From Oct 15, 2018

Farhan Akhtar Just Made It Instagram Official With Shibani Dandekar 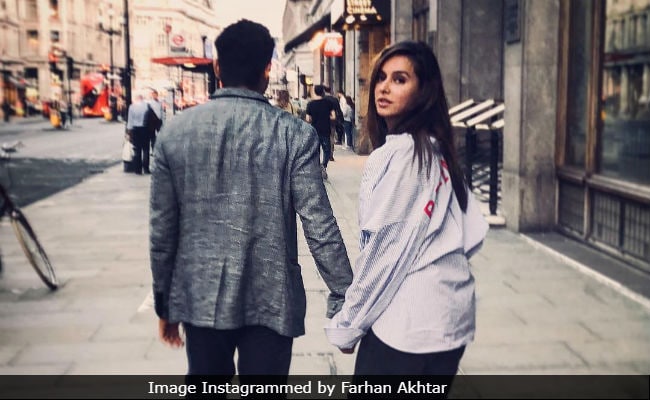 Remember how Shibani Dandekar shared a picture featuring a mystery man, on her Instagram profile last month? Well, seems like the mystery man was none other than actor Farhan Akhtar. Farhan or Shibani might not have confirmed their relationship as of now but on Monday, Farhan shared the same picture that was shared by Shibani on her Instagram profile last month, in which the two of them can be seen walking hand-in-hand. Farhan accompanied the post along with a heart emoticon. Well, if that's not a hint, we don't know what is. Some fans were "shaken" and stirred by the picture and wrote comments like "Heart is shaken but I'm insanely happy" and "God! They made it official." Another Instagram user wrote: "They are the next couple goals, I guess." The picture went insanely viral and it has over 1 lakh likes on Instagram as of now.

Shibani and Farhan are often spotted on the trends list for their rumoured relationship are frequently seen making appearances on each other's Instagram profile. However, when the reports of Farhan dating Shibani were at its peak, Shibani told SpotboyE that she was "clueless" about the rumours. The reports of their rumoured relationship started doing the rounds on social media, after Farhan wished Shibani Dandekar on his Instagram story in August this year and wrote: "Happy Birthday, Shibani Dandekar," and accompanied the post with three kiss emoticons. 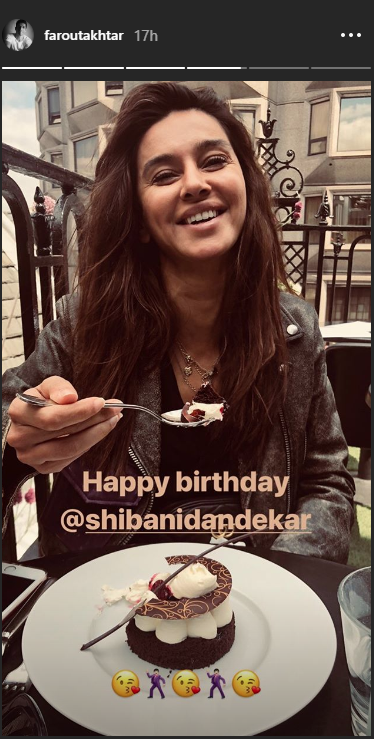 That's not it, Farhan often featured on Shibani's posts. Take a look at some of the posts here:

Farhan was previously married to celebrity hairstylist Adhuna Bhabani, with whom he has two daughters-Shakya and Akira.

Farhan Akhtar has directed Bollywood films such as Dil Chahta Hai, Lakshya, Don and Don 2. Besides directing films, he is has featured in films such as Zindangi Na Milegi Dobara, Rock On!, Luck By Chance and Dil Dhadakne Do among others. He is currently filming Shonali Bose's The Sky Is Pink, alongside Priaynka Chopra and Zaira Wasim in London.

Shibani Dandekar is a model-turned VJ. She has participated in reality shows such as Khatron Ke Khiladi and Jhalak Dikhla Ja. Shibani became a household name after she started hosting Indian Premiere Leage. She has also hosted shows such as The Stage, Style And The City and Top Model India.