For years, Kim Cattrall has made clear that she doesn't want to be part of a third movie or a reboot 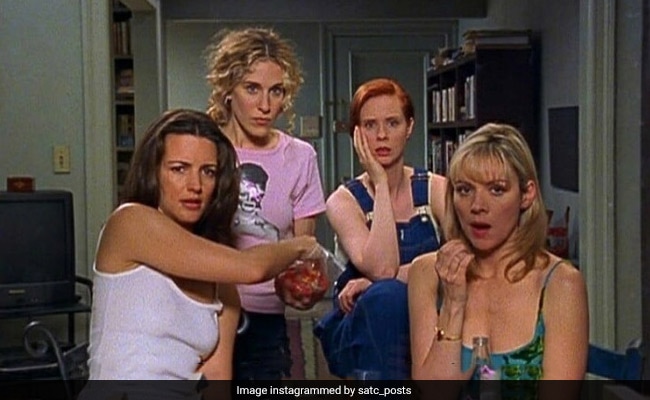 A still from Sex And The City. (courtesy satc_posts)

Sex And The City fans couldn't help but wonder: What would a reboot of the popular HBO show look like? Seventeen years after the show concluded, we're about to get an answer: On Sunday, HBO Max announced that three of the four best friends would be getting back together for a 10-episode reboot called 'And Just Like That ' What will it be without Kim Cattrall playing publicist Samantha Jones, the friend who was always pushing the rest of the crew to be more adventurous? Here's a big clue: Sex has vanished from the show's title.

Fans of the HBO hit, which ran from 1998 to 2004, expressed their displeasure on Twitter, responding with GIFs of Samantha saying "That's just stupid," wondering what the point is in reviving the show without Samantha, or suggesting the character get her own spinoff set in London. For years, Kim Cattrall has made clear that she doesn't want to be part of a third movie or a reboot.

But for Jennifer Armstrong, author of Sex And The City and Us: How Four Single Women Changed the Way We Think, Live, and Love, the change makes sense. While Armstrong says a show without Samantha "is very hard to imagine," she notes that "characters, people, humans move on all the time. Friendships end."

The show's creators will account for Samantha's absence in some way, Armstrong says: Maybe she drifted apart from the other women, maybe Samantha stayed in Los Angeles, where she had moved in the first Sex And The City movie or maybe she bought a farmhouse in upstate New York during the covid-19 exodus. Armstrong notes that a group of friends not all being in the same place 17 years later is "more realistic" than if they had all been still friends and still living in New York.

it would have been so fun to see her, Armstrong says, she also views Samantha as a symbol of her era. "So much of the transgressiveness ofSex And The City was her and the way she contributed to the discussions. She brought the dirtiest words and filthiest thoughts. She said things in a straightforward, unapologetic fashion. That was a huge part of what made the show sociologically a huge deal at the time."

Perhaps we've learned the lessons Samantha had to offer. "Samantha taught the next generation of women to talk openly and frankly about their sexual desires," Armstrong says, adding that since Sex And The City went off the air, other TV shows, such as Broad City have pushed the envelope further.

When the show ended in 2004, Carrie Bradshaw (Sarah Jessica Parker), Miranda Hobbes (Cynthia Nixon) and Charlotte York Goldenblatt (Kristin Davis), were in their late 30s. Seventeen years later, they'd be in their 50s. Even if they're single, they're probably not sleeping their way through New York, as they were in their 30s.

Considering how the show demystified sex in the late 1990s and early 2000s, Armstrong thinks this reboot could do the same for issues women face in their 50s. She could envision frank discussions about what menopause does to a woman's body and sex drive; what it's like to date after divorce or the death of husband; and the difficulties in caring for older parents and kids simultaneously.

Filming is set to start in New York in the spring. Does that mean And Just Like That will take place in a world altered by covid-19, or one where it doesn't exist? If it's the former, Armstrong can imagine Carrie staying home all the time so she doesn't have to wear a mask. "It's not a glamorous time," Armstrong says of 2021.

Our culture has changed in other ways as well. Some aspects of Sex and the City didn't age particularly well - instances of homophobia, Carrie's self-centeredness, the apolitical nature of the characters' feminism. "Feminism is much more complicated and needs to deal with things on multiple levels," Armstrong notes.

Will Nixon's real-life political ambitions make an appearance on the show in Miranda's life, or does the actor's participation in the reboot mean she's given them up for good? What might Carrie do if she matched with a man on a dating app ... only to find out later that he was a Proud Boy who'd participated in the insurrection on the Capitol? We'll have to wait a while to join the ladies at brunch and find out.