Everyone Should Watch the Vivid Trailer of Radhika Apte's Parched 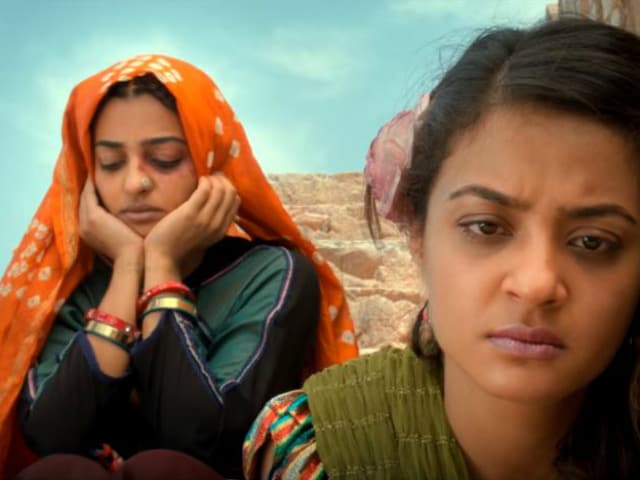 A still from the trailer of Parched.

New Delhi: The trailer of Radhika Apte's much-awaited drama Parched released on Monday and was warmly welcomed on social media.

Produced by Ajay Devgn, Parched tracks the tale of struggle of Rani, Lajjo, Janki and Bijli played by Tannishtha Chatterjee, Radhika, Lehar Khan and Surveen Chawla respectively. The emotional tone of the trailer fluctuates between happiness, frustration and an urge to break free on the part of the protagonists. Set in a rural Indian village called Ujhaas in Gujarat, Parched addresses issues like marital rape, child marriage and gender discrimination.

Twitter fell in love with the trailer, making it a trending topic within minutes after it was unveiled:

strong and compelling #Parched is looking a film one must watch @ajaydevgn@ParchedTheFilm@radhika_aptehttps://t.co/fMrXaone7N

Promoted
Listen to the latest songs, only on JioSaavn.com
This is what Bollywood stars like Ajay's wife, actress Kajol and Athiya Shetty had to say:

All the best @maheshbalraj786! Finally get to see you on the big screen! So excited. Looking forward to #Parchedhttps://t.co/GK1Fm2J9oo

Watch the trailer here. The next two and half minutes will have you thinking afterwards.
Directed by Leena Yadav, Parched also stars Sayani Gupta and Adil Hussain. The film has already done rounds at the Indian Film Festival of Melbourne and Toronto International Film Festival. Parched releases in India on September 23.