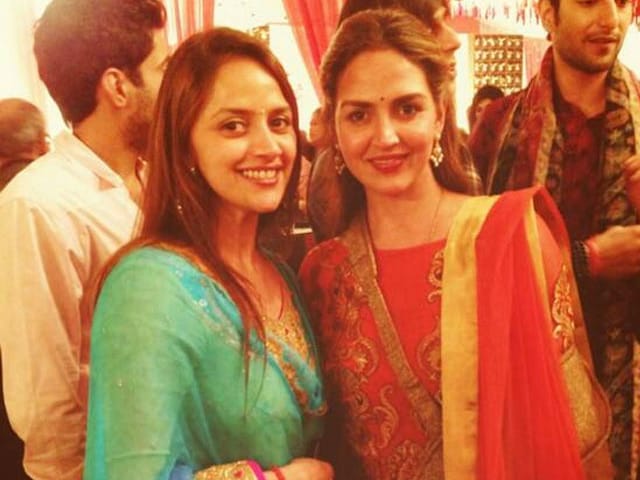 This image was posted on Twitter by Esha Deol

Thk u all for ur good wishes for Ahaana. Love u all

Here's another picture of the mother-to-be showing off her baby bump.

Promoted
Listen to the latest songs, only on JioSaavn.com
This image was posted on Twitter by @vidyaEF

Ahaana, who is an Odissi dancer by profession, married Delhi-based businessman Vaibhav Vora in a lavish ceremony on February 2 last year.